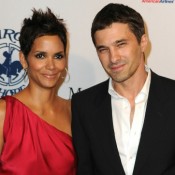 3rd Time Is The Charm?

The most beautiful woman in the world is getting married again.

The 46-year-old actor popped the question to the Academy Award winning star over the holidays, with an emerald and diamond ring.

This will be the third marriage for Berry who also has a 3-year-old daughter with ex-boyfriend Gabriel Aubrey.

Halle famously said that she would never get married again after her messy split from Benet. However, times have changed. Never say never folks – you can’t predict love.

Do you think the third time will be the charm for Halle?