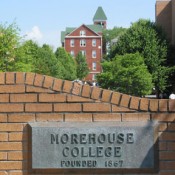 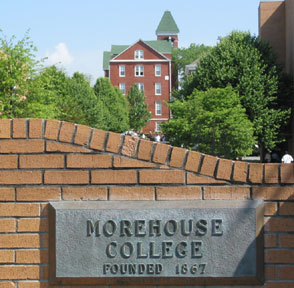 The esteemed Morehouse College, my alma mater, has officially separated itself from the leadership of Dr. Robert Michael Franklin.

Dr. Franklin served as the tenth president of the illustrious institution and was a 1975 graduate of the school.

“Dr. Franklin has served an integral role leading the renaissance of Morehouse, and his dedication is greatly appreciated,” said Robert Davidson, chairman of the Morehouse College Board of Trustees. “In addition to his years of service, Robert has led by example, dedicating a substantial portion of his time to community service, which is one of the core values that Morehouse seeks to instill in each and every one of its students. We will miss him as the Board endeavors to find a successor who will help to usher the college into a new era.”

Franklin plans to take a sabbatical at Standford University and serve as a Scholar in Residence at Stanford University’s Martin Luther King Jr. Institute. 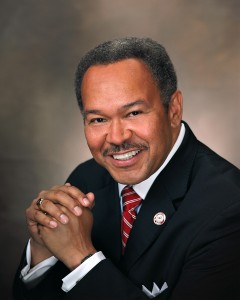 He will officially remain at Morehouse until July 31st and offered to stay until December 31st if the school has not found a successor.

I’m trying to figure out why Dr. Franklin resigned so abruptly. He’s receiving the highest honor at Morehouse,  President Emeritus and Distinguished Professor, so I’m wondering about his haste in leaving.

As the nation’s largest, private liberal arts college for men, Morehouse College was recently recognized as the number one liberal arts college in the nation by Washington Monthly; one of 45 “Best Buy” schools for 2011 by the Fiske Guide to Colleges; one of the nation’s Most Grueling Colleges in 2010 by The Huffington Post; the number three HBCU in the nation for 2011 by U.S. News and World Report; and as one of American’s Best Colleges for three consecutive years by Forbes magazine.