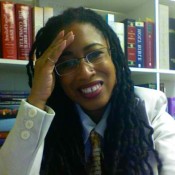 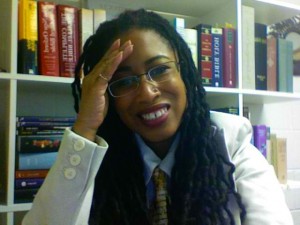 Somebody’s trying to snatch Bishop Eddie Long’s crown. A recent blog in the Huffington Post by Rev. Wil Gafney is saying that the crowning of the bishop was all an elaborate hoax. She dissected 27 points from the video that suggested the whole thing was just another publicity stunt.

If you missed the crowning you can check it out here.

A few of Gafney’s points include:

Wil Gafney, Ph.D. is Associate Professor of Hebrew and Old Testament at the Lutheran Theological Seminary at Philadelphia in Pennsylvania and is an Episcopal Priest canonically resident in the Diocese of Pennsylvania. She is also a member of the Dorshei Derekh Reconstructionist Minyan of the Germantown Jewish Center in Philadelphia PA. In addition she has co-taught courses with and for the Reconstructionist Rabbinical Seminary in Wyncote, PA.

What do you think about Gafney’s point?

Bishop Eddie Long has issued an apology to the Jewish community.

While I believe that Rabbi Ralph Messer has good intentions during his message at New Birth, I understand that the ceremony he performed on Sunday, January 29th, caused harm to the Jewish community, for which I am deeply sorry,” said Long in a statement addressed to Bill Nigut, southeast regional director of the Anti-Defamation League.