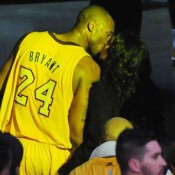 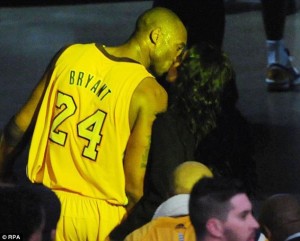 It looks like a reconciliation may be in the air for one of basketball’s most famous couples.

The pair who recently divorced may be trying to mend their relationship.

Vanessa Bryant may be the biggest boss that you ever did see – since she was awarded $75 million and 3 mansions from Kobe in their divorce settlement…and still has her man.

Kobe allegedly cheated on Vanessa with hundreds of women, and she finally got sick of it and decided to walk away from her marriage.

…I can’t say that was a crappy deal.

Do you think the pair is putting on for the cameras or have they rekindled their flame?