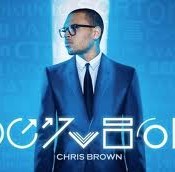 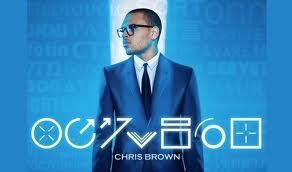 This is becoming a continual saga, Chris Brown in public conflict with another female. This really concerns me because despite my personal feelings-he is an ICON and Role Model! The young girls love him and have no problems expressing their love and affection for him through record sales.  However, just what are we saying here in America? Mr. Brown is currently on “felony probation-until 2o14” for his brutal beating of his former girlfriend, Rihanna. She is  NOW really helping the situation because she has began with open talks of reconciliation for the world to see. (Twitter) What is also interesting is that, last January, Rihanna engaged in an open twitter fight with Karrueche Tran.(Chris Brown’s then new girlfriend) We are not sure who is on his shoulders nowadays.  Ridiculous!

Mr.Brown has to be careful. According to TMZ.com ( http://www.tmz.com) the L.A. District Attorney will be watching closely to the proceedings in Miami. I oftentimes wonder just what this young man is thinking. Moreover, the attacks toward woman are certainly disturbing. This is seemingly recurrent .  I will not make excuses for Chris B., but he really needs to seek help on a professional level.  He makes entirely to much money to find himself in the continuous legal battles from sea to shining sea. There has to be some sort of unconscious conflict. Let’s look at the footage below before continuing this discussion.

The woman who claims Chris Brown robbed her of her cell phone was captured on video obtained by TMZ, clearly agitated as she tells cops: See Below

2.  Does he appear to have problems with “anger-management?”

3.  Could he stand an “intervention” before he really ends-up in jail or more serious trouble?

4. Or are we bloggers blowing this way out of control?

Now that you have pondered and provided your answers, let me give you my perspective as a Psychiatrist;

Chris Brown is already on 5 years probation for an act of violence. (period) He does not have the best track record when it comes to “controlling his temper.” Let’s not forget the interview on the “Today Show in NYC” last year. He is constantly in the “negative media.” He is a superstar and only 22 years old. When you place all of this in a formula, it could spells danger or possibly a number of other mental health issues.

Anger signals distress and or trauma on some subconscious level. I doubt that those around him, possibly financially benefiting from him, will challenge those behaviors. The bottom line is “He is building a case against himself!”

I really feel sorry for Mr.Brown, if there is communication between the Miami and LA D.A., things may not go too well for him. In essence, jail-time could be on his horizon. I am sure that if this happens people will began to cry racism and other incorrect assertions, but what if the young lady above was your sister, daughter or mother. Would your opinion change or remain the same. I am very saddened that no one is there to help this young brother. I don’t mean to be hard or accusatory, I would certainly extend my help to Chris, if asked.

Chris Brown needs a Life Coach with the appropriate credentials. Preferably an M.D., Psychiatrist, who could help him reach his fullest potential without all of the extra drama and generational curses.

If you would like to read more about dysfunctional relationships, similar to Chris and Rihanna’s, pick up my e-book, “Am I In a Bad Relationship-Dating 101.” Found @http://amzn.to/AcFViO.