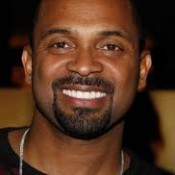 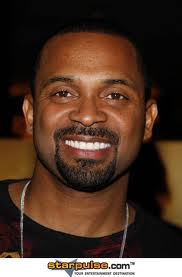 It was recently reported that Mike Epps threatened to “f_  _ k -up his 18 year old daughter. Now as a Psychiatrist  and fan of Mr. Epps, I refused to believe this allegation. However, here are a couple of assertions concerning this :Hot Topic!”

This is preposterous. What could be so damaging as for a role model to threaten his daughter, if true?  I am lead to believe that this is NOT  the whole story or really true. In Mike’s defense it appears that the feud is really over money. According to reports, his daughter wanted him to give the money straight-out to her for college, but her father Mr.Epps choose to pay the college directly. This just makes sense to me on a number of levels. (taxation without representation) Yes, Mike has had a couple of issues but I am NOT willing, at this point, to throw him to the dogs. Am I biased, yes do you have a teenage daughter, niece or friend?

If this is retaliation-it will probably cause problems down the road. However, I really appreciate Mike for taking the high road and wanting to just let things go. He has stated that it is very hard to be a dad of a teenager. If anyone has ever experienced this kind of acting-out, from a male or female teenager,   I am sure you would agree. Enough Said!

I am proud of Mike Epps for making a public statement of apology. Relationships can be difficult if you don’t work at them. However, according to Feud, “a daughter will hate her mother and LOVE her father during the critical stages of development. And recall, a son will hate his father and LOVE his mother”  during the same developmental period.  ( usually Ages 3-5)  This usually happens early on in our psycho-sexual development, but sometimes it can be a delayed reaction.(the teenage years)

Questions for Discussion on the BLOG:(please leave your comments. I promise to respond)

1. In your opinion, was Mike Epps’ behavior inappropriate in this instance?

2.  How would you have handled the situation differently?

3.  Should parents REALLY set limits for their children even when it comes to college?

4.  Was Bria’s behavior towards her father inappropriate?

For more on relationships, check out my e-book @http://amzn.to/AcFViO.