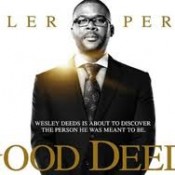 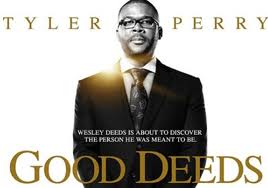 The movie was magnificent to say the least! Tyler Perry has done it AGAIN!  This man managed to makes us love, cry, laugh and think in less than 2 hours.  This piece of literature will surely hold its place in the space of time. I give it 5 Stars if there is such a thing! What I like about this writer is he is allowing us to grow with him. However, I must call your attention to how this man made is ALL think and go deep down and possibly discover a new part of our current existence.

All three of the “conflicts of MAN” were developed and resolved in this movie;

My Tyler you were brilliant:

The conflict of Man Against Man was depicted beautifully between the main character- Wesley Deeds (Tyler Perry) and his younger brother Walt Deeds (Brain White). The basic conflict here was a struggle for the CEO position of their father’s company.  This was a position of prestige and power. These two monsters can tear any family apart.  It became very obvious, from the beginning of the movie,  that the younger brother (Walt) has some character vulnerabilities. However, as the movie progressed I began to wonder if many of them were justified.  Also as Wesley Deeds began to expose himself to us, we realized that he had a number of vulnerabilities also. The point being don’t we all, whether rich or poor. Enough said!

He also did a very good job with Man Against Nature.  To see Lindsey (Thandie Newton) and Ariel (Jiordenn Thompson ) survive homelessness  and living in the car was simply amazing.  This certainly reminds me of just how bless many of us are and lest we forget. The scene where the man attempted to physically harm them and as a result they ended-up later on streets, outside in the rain, was very touching. It shows that man can survive just about anything in Life-If he tries.

The final and most important conflict to me was Man Against Himself.  Wesley Deeds had alot of internal conflict. In the end he revealed that he really was not happy. With that strong mother-Wilhelmina Deeds (Phylicia Rashad) and that drunken younger brother-Walt, he certainly had a lot to contend with in this movie. I really enjoyed the catharsis that he experienced in the end. He allowed himself to be free through LOVE with an unlikely candidate. Tyler Perry-You worked that well!

I like what Tyler Perry is doing for us in our communities.  I do mean ALL Communiitis. He also had a nice cultural mix of people and he certainly made us pull on all of our emotions-in a 2 hour period.

The theme in my opinion would be, “We have to be truth- not true, to our ownselves inorder to be  Really BE FREE.’

Now you probably observed some dysfunctional relationships in this movie. LOL For a clearer understanding, pick up my ebook @http://amzn.to/AcFViO