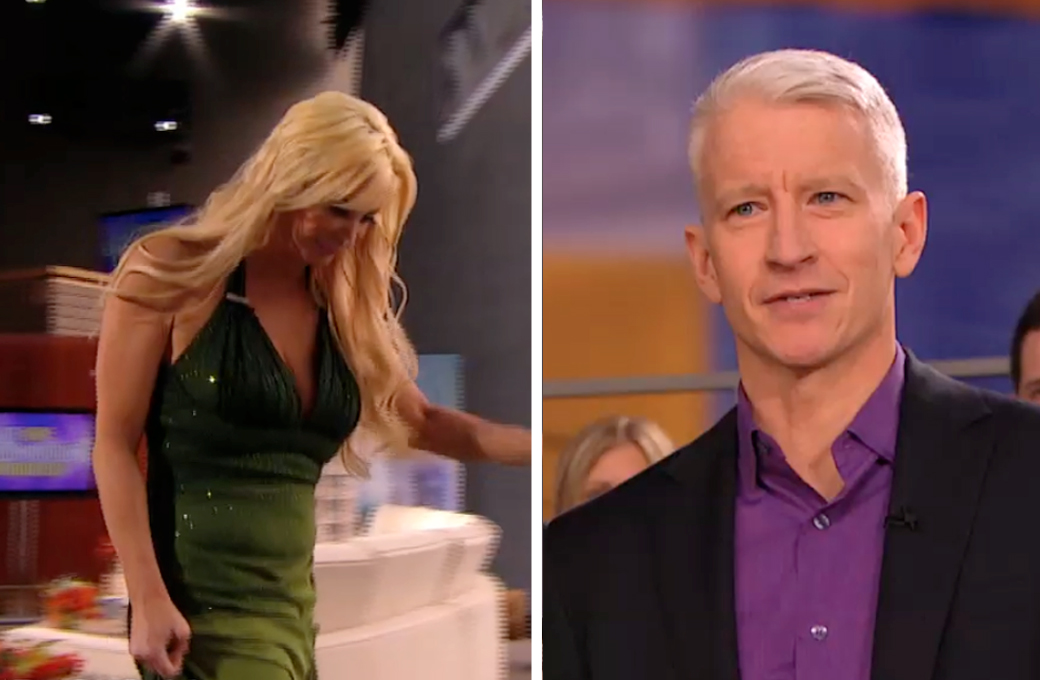 Sarah Burge, self proclaimed “Human Barbie” for having 100+ plastic surgeries.  She made headlines when she confessed to giving her 7-year old daughter a boob job voucher for her 18th birthday.  Her interview with Anderson Cooper was focused around that incident.  As they talk, things didn’t go so well.

During the show Burge defended herself on why she allowed her 15 year-old to get Botox.  She claimed that her daughter didn’t want to sweat on her forehead.  In return, she attempts to compare her daughter’s forehead to that of Beyonce’s claiming that you don’t see sweat on Beyonce’s forehead when she’s performing.  Quickly, Anderson shuts that down stating that you actually can see sweat on Beyonce. LOL! 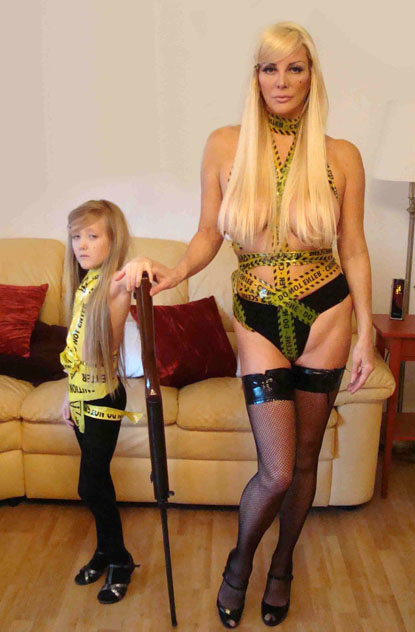 Tension rises when Sarah says that she’s rather oversee her daughter’s procedure rather than the daughter finding “a voodoo witch doctor” to do it for her or purchasing it online and administering it herself.  Cooper’s face showed that he was getting fed up with the attitude of Ms. Burge.  He responds, “Yeah… um… I honestly have nothing more to talk to you about.”

He went further and added, “I try to be really polite to all my guests.  I just think you’re dreadful, and I honestly don’t want to talk to you anymore.”  Immediately the crowd had a round of applause in agreement with what Cooper stated.  Evidently, Cooper was tired of looking at Burge’s dreadful, Botox-ed face, and booted her right off the stage. As Sarah left with her head down, she says, “That’s fine” over and over again.  Her feelings had to be a little hurt, but she kept them in tact until she left the stage.  The interview was over! Check it out above.

I would like to address three things in this post: 1) The attitude of Sarah Burge 2) The interview itself 3) Cooper’s unprofessional ways and his reaction

First, how can one expect Sarah Burge’s expectations for her daughter to be far from her expectations of herself.  The apple doesn’t fall too far from the tree.  Although Burge gets critique from counselors like Anderson Cooper, she will still think how she knows how.  We must dig deeper to the source of the problem to be able to help this woman.  I think after she was violated, she began to have really low self esteem/self worth.  In turn, she looked to the magazines and began getting Botox to fill in the holes she had about herself.

Secondly, Cooper claims that he only asked the mother and self proclaimed “Human Barbie” to come on the show to understand why she would get her children Botox at the ages of 7 and 15.  Along with millions of viewers who thought that was unacceptable, he wanted to give her the oppportunity to defend herself.  In this attempt, Cooper claims that he felt he couldn’t have a genuine conversation with Sarah.  I guess the permanent smirk on her face rubbed him the wrong way because he didn’t want to continue the interview.  He felt that she was only doing this interview for publicity.  Uhm.. I don’t think so Coops! I think YOU were doing it for publicity 1) because a hit dog will holler! and 2) because the woman has plenty of interviews! She doesn’t need your, particularly, to be in the media.  Cooper made a wrong judgement there I think.

Finally, Cooper after the show attempts to clean-up the way he acted, but the damage was already done.  He had already showed his unprofessional ways to the public and there is no taking that back Andy.  He was wrong because he had to have done some type of research on the Barbie before she got there.  If you thought she was dreadful on the show, then you had to have thought she was dreadful off of the show, so why even waste the time bringing her in?  It was a total waste of everyone’s time!

However, I believe that Sarah Burge needs to see a counselor for that low self esteem issue.  Someone would be able to give her key pointers on how to be more confident in her own body, not plastic.  What’s wrong with everyone thinking plastic is beauty? No.. it’s fake.

Leave me a comment below telling your side of the argument.