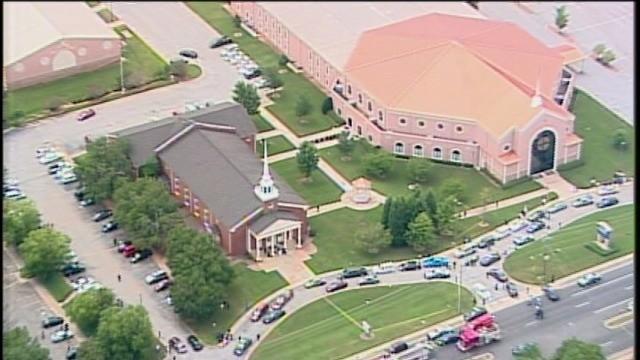 Only in Atlanta, Ga will ignorant gang bangers come to a funeral and shoot-out. As a native of Atlanta, I am furious.  This behavior is unacceptable. There use to be honor among thieves but I guess that theme has now gone out of the window. This is a sign of the times. Is there any place safe anymore? There was once a time when even the worst criminal “feared God!” this is seemingly not the case anymore.

What has gone wrong? Who is to blame? Where do we go from here? Just last week we had a major church convention in this city and soon another crowd of saints shall merge upon our town.  As a Psychiatrist, I  am a bit perplexed. Are we still in the Bible-belt? Is early morning prayer still going on? Is there witnessing in the streets? It is time for us (saints) to take  our cities back. It is now time to fight. No more building funds, chicken dinners or rainbow teas. It is time for us to get really serious about this thing called “warfare.” If the saints are really called to pray, let’s just do it! We need to join forces, cross-over denominational and color barriers and do what needs to be done. I personally am not afraid of the devil or his wiles.

Do you agree that enough is enough? Do you feel like the distractions of the devil are now taking over ALL of our major cities? Are you afraid to go out at night? Then you feel like many of us that are here and ready for the fight.  It is time to gird up our loins and do what must be done. We can no longer be hostages in our own homes and or  churches. We must now pray without ceasing for real! The joke is on us. We have to become real! The day of the fake jerking and joking is over. Take off the glittery hats, false eye-lashes and turned-back collars! Yea I said it! This is my BLOG. I am sick of all the fake and phony saints, aren’t you?

This post is written specifically for the Black Clergy! (or whatever you call yourself Pastor, Bishop, Missionary, Evangelist, Elder, etc.)

I would like for each of you to declare a moratorium on the following: (However it will probably NEVER happen)

It is time for a change. This change will only be birthed through prayer and fasting of the real saints. It is now time to declare a real breakthrough.

Let me hear your comments and rebuttals or rebukes!