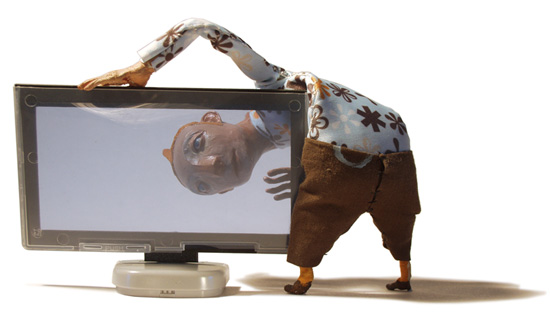 Television is a permanent fixture in popular American culture. It has evolved from limited black and white content, the Boobtube nickname and basic local channels to unlimited selections and preferences with just the touch of a button. However, while the technology of television seems to be moving at an alarming rate, the content shown on our various high depth screens appears to be well, uninventive and by that
I mean reality TV.

There are too many in production and on air to name them all, but Atlanta has its stake in ones such as T.I and Tiny: The Family Hustle , Love and Hip Hop Atlanta and The Braxton’s just to name a few.
Now I’m not completely disgracing this genre because I certainly indulge in a few myself. Nevertheless, I often wonder if they cause us to crave the wrong things as an audience, in addition to smothering the creative juices of producers.

We all know that drama makes for good TV and skyrockets ratings, but viewing table flippings and screaming matches week after week is predictable and tiring. It makes the television community lazy. They don’t have to come up with compelling story-lines or find capable actors and we as the audience sit in our homes watching other people sit in their homes while they do some of the same daily activities we do.

Reality TV has the potential to go both ways: good or bad. It can uplift or tear down. It can influence or hinder. But the important thing to keep in mind while watching is what message are they trying to convey? Is this content purely for entertainment or is it a reflection of your life and surroundings