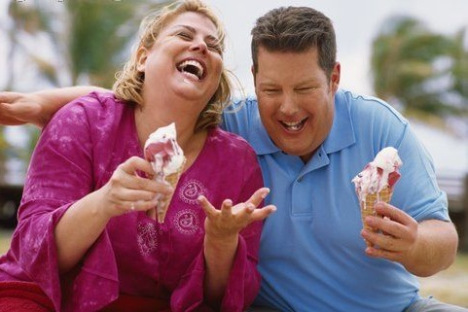 There may be evidence that fat people are happier than most people. According to Yahoo! News, new research suggests that an obesity gene may “shield” people from getting depressed.

People who had a version of a gene called the FTO gene were 8 percent less likely to have depression, researchers found. In 2007, scientists discovered this version of the FTO gene was a major contributor to genetic obesity among people of European descent (Obesity May Shield Against Depression).

Yahoo reported that the new findings challenged the idea that being overweight and depressed were parallel to each other. Meaning that obese people become depressed over their appearance and depressed people have the potential to gain more weight because of their inactivity.

What do you think about that? Society always tries to place a negative stigma on people of a certain weight. Now it seems they may be happier than most. Leave your comments below!