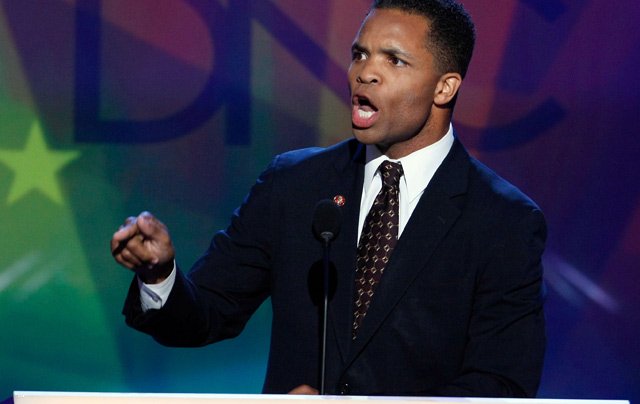 The son of legendary political leader, Jessie Jackson Sr.,  is resigning from the House  in light of a federal investigation and personal health issues. According to the Washington Post, 47 year-old Jessie Jackson Jr.’s resignation seems to have been inevitable after a six-month leave from office in addition to being treated at the Mayo Clinic in Minnesota for bipolar disorder and depression.

Elected to succeed a scandal-ridden lawmaker 17 years ago, Jackson had ambitions far beyond Chicago’s South Side-based 2nd Congressional District. Many viewed him as the heir that could fulfill the political aspirations of his father, whose presidential runs in the 1980s were considered the first credible campaigns by an African American for national office ( Jessie Jackson Jr. Quits Ending a Once Promising Political Career).

The WP reported that Jackson was supposedly connected to then-Gov. Rod Blagojevich’s plot to sell Barack Obama’s senate seat after he won the presidency. Luckily for him, Jackson was never charged with being connected to Blagojevich’s ploy but the U.S. attorney for the District of Columbia has been investigating “allegations that Jackson improperly used thousands of dollars in his campaign fund for personal expenditures”.

Jackson was on the way to reaching the political heights his father did and beyond. It’s such a shame to see a political leader with so much promise drop out of the race.