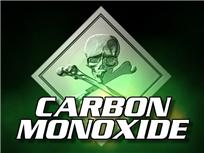 According to 11 Alive News, at least six people passed out due to the fumes but three had regained consciousness by the time help arrived. Most of the people affected came from a single classroom.

As reported by 11 Alive:

Atlanta Public School officials said 10 adults were transported to Grady Memorial Hospital, and 40 students were taken to Children’s Health Care of Atlanta at Hughes Spalding…Atlanta Fire Department Batallion Chief Todd Edwards said that when crews entered the building at Finch Elementary, the carbon monoxide levels — at 1,700 PPM — were the highest that they had ever recorded inside a building http://www.11alive.com/news/article/266652/40/50-overcome-by-carbon-monoxide-fumes-at-Atlanta-school.

Carbon monoxide (CO) is an odorless, colorless gas. There are virtually no warning signs (outside of CO detectors) to detect its presence, so it’s not hard to imagine how it crept up on so many students, faculty and staff. The CDC’s (Center for Disease Control) website informs the public that “It claims the lives of hundreds of people every year and makes thousands more ill. Many household items including gas- and oil-burning furnaces, portable generators, and charcoal grills produce this poison gas” http://www.cdc.gov/co/pdfs/flyer_danger.pdf.

11 Alive also reported that 911 calls came in around 8:30 A.M., not too long before elementary schools start their day. It’s a good thing officials responded in time and were able to treat all those affected prior to them being admitted to the hospital. If they had arrived any later, this story could have had a more tragic ending.