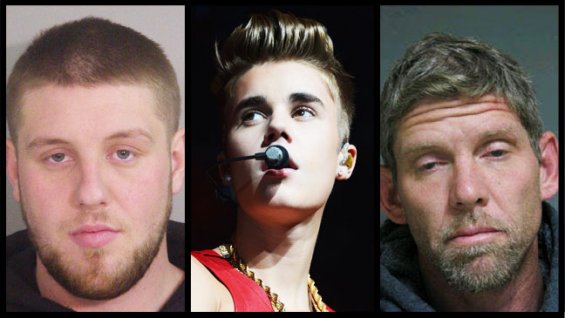 “Beliebers”  across the world are breathing sighs of relief to know that their pop sensation Justin Bieber is safe and sound after a plot to murder him and his manager last month backfired. According to The Huffington Post, the murder plot of the “Boyfriend” singer surfaced on Wednesday.

The Huff Post reported that convicted felon Dana Martin, was the ring leader in this ploy. Martin is currently serving two life sentences for the rape and murder of a 15 year old girl. Apparently Martin is one of those crazed  “if I can’t have him no one will” types who even has a tattoo of the singer on his leg. His plan for Bieber was to kill and castrate him at his sold out show in Madison Square Garden concert last month.

Martin recruited former fellow inmate Mark Staake, who in turn allegedly recruited his nephew Tanner Ruane, to strangle Bieber and his bodyguard with a paisley tie and then castrate them, according to KRQE. Ruane even had the pruning shears. But the Bieber murder plot was foiled when Martin, who reportedly is an obsessive Bieber fan with a tattoo of the teen singer on his leg, turned in his accomplices.

Martin’s two accomplices were arrested in different cities in last month. One one of which was found with “murder tools and documents containing information about the intended victims”.

The Huff Post also reported that this isn’t the singers first brush with death either. Last year a Facebook page was created threatening to kill Bieber if he showed up in Peru to perform at their national stadium. “Justin Bieber you better not come to Peru, it will be the biggest regret of your life” stated the page’s creator.

We all know that there are “haters” every where we go, but hating to the point where you want to kill the person is about as extreme as you can get. And to think that this murder plot was conducted by an imprisoned fan? Scary.