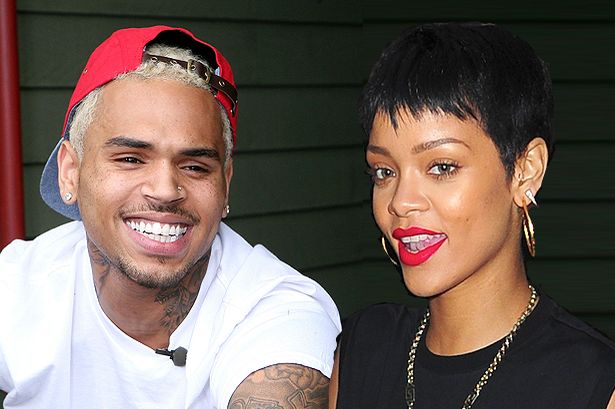 Poor RiRi. It appears that Chris Breezy and Rihanna have not found love again. He has clearly reneged on his break-up with not so former girlfriend anymore Karrueche Tran.  Rihanna may have jumped the gun with Brown after he found the right time to say goodbye to Tran. Over the past few months after Brown called a quits with Tran, they were seen together in numerous  social settings (concerts, parties, etc) and personally displayed intimate pictures of the themselves, seeming like a re-kindled love. Unfortunately, Brown seems to have been two-timing because now the shoe is on the other foot with Tran being seen in photos with Brown again even though they supposedly ended the relationship. According to Black Media Scoop, Rihanna let her frustrations out by posting images to Instagram hinting at her decision to kick Brown to the curb.

BMS reported that Rihanna’s fire was fueled when she saw pictures of Brown and Tran together partying , in addition to seeing him with other questionable females (groupies) while he’s out running a muck  on tour overseas.

The following is an excerpt from her note As reported by Black Media Scoop:

There’s no question that life throws us curve balls, we do our best to deal with them, take the lessons and keep it moving without regrets…I look forward to embarking on this ride with you, unwilling to sacrifice what we believe in, taking our lessons and growing from them. Don’t let one thing shake your core. Let our inspirations drive us, never steering from who we truly are….” http://www.blackmediascoop.com/2012/12/19/seriously-riri-dumps-breezy-on-instagram/

Other subtle hints from the “Take a Bow” singer include:

Sorry C. Breezy, looks like you put up quite a show but Rihi isn’t falling for it anymore.