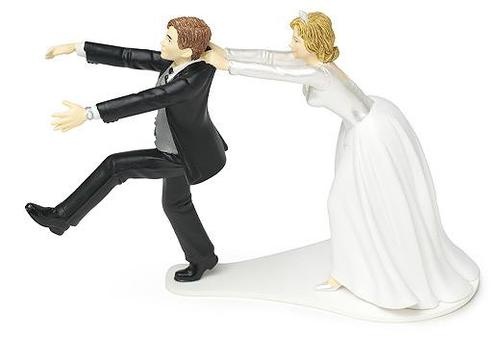 A desperate woman is a terrible sight to see. We all know of or have encountered those females who flaunt, hint and throw themselves at men. It’s ok to desire marriage or a lasting relationship but its unbecoming when your sole purpose in life turns into mission “find a man”. It’s almost like some women take on the “he’ll do” attitude once they’re fed up with not getting what they want out of a relationship- a proposal. They just accept any ole regular Joe who comes along and shows interest without even fully evaluating if he’s worth their time or if he really wants to invest in theirs.

This season of popular reality show, The Real Housewives of Atlanta features newbie Kenya Moore. Moore is most famously known for her 1993 Miss America victory but since she’s been featured on the show, she’s become labeled as one of those “over the hill”women  attempting to dash down the aisle at a moments notice. This season she’s been seen constantly pestering her beau about proposing, claiming she’s a wife (but has no ring) and taking every opportunity to somehow incorporate her desire to be a bride. According to Madame Noir, these are definite “no-nos” among other things.

According to Madame Noir, you’re a  “Kenya Moore” so to speak, if you try to “put a limit on all your relationships”. You shouldn’t place an expiration date on your relationship just because you’ve been dating a guy for a couple of months and he hasn’t hinted at marriage yet. Relationships need time to develop but like people, they all grow at different rates. Another bride crazy characteristic Madame Noir mentions is the bridal preparations done before a fiance even comes into the picture. It’s normal for women to think about the details of their future wedding but it’s a little creepy to say the least, to have all things bride i.e, dress, bridesmaids dresses, flowers, venue and invitations pre-groom. Slow down. Focus on finding someone to meet you at the end of the aisle instead of what you plan to decorate it with.

Remember, first comes love then comes marriage. It shouldn’t be the other way around. Some people are just obsessed with the idea of marriage without considering what the product of an unhealthy marriage could be. Don’t let society, friends or family convince you of something that they think should have happened already. It will happen when it happens. After all, they say the best things happen when you least expect them too.