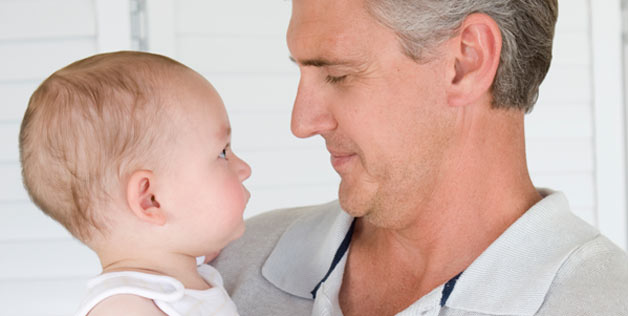 No one wants to be told that it’s too late for them to have a family. Everyone who wants and is willing to care for a family should be able to have one regardless of how it happens  i. e., adoption, fertility drugs or surrogate. But for those who go the natural route past the prime child rearing ages, it’s important to keep in mind how that will affect the offspring you produce.

According to Mental Wellness Today, a new study found that children born to older fathers have a higher risk of developing bipolar disorder stating that “children of fathers 55 years and older were 37 percent more likely to develop bipolar disorder than children of men in their 20s.

Mental Wellness reported that older men are believed to develop mutations in their sperm which is how mental illness is connected with their offspring. “It is estimated that between 1 and 4 percent of people will develop bipolar disorder, and having an older father only slightly increases the possibility—but most people born to an older father will not develop bipolar disorder”.

However, Harold Pincus, MD, vice-chair of the Department of Psychiatry at Columbia University said that the new research doesn’t explain why children of older fathers are at risk of developing BD but it does acknowledge the fact that it’s biological.

Mental Wellness also reported that the percentage of  kids with BD born to older fathers is very low. Therefore, there’s not enough grounds to discourage men from having kids pass a certain age.

What are your thoughts on having kids later in life? Should there be a biological clock theory applied to men as well?