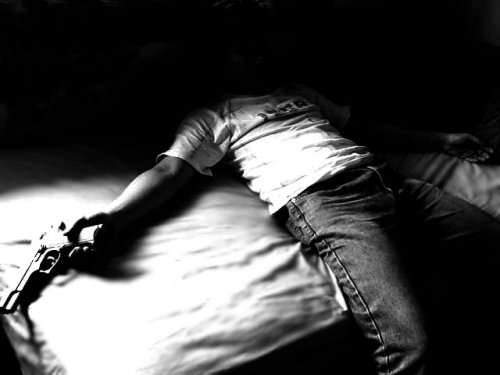 Researchers have published their findings regarding suicide among teens in the JAMA Psychiatry Journal,  that one in twenty-five American teenagers have attempted suicide at one point in their lives. Many adults would agree that the teenage years can be a very trying time for some teens and according to Reuters, the results of this new study were based off of one- on- one interviews with around 6,500 teens across the U.S. and surveys completed by their parents. According to Reuters, the researchers found that “along with asking youth about their suicidal thinking, plans and attempts, interviewers also determined which teens fit the bill for a range of mental disorders”.

As reported by Reuters:

Just over 12 percent of the youth had thought about suicide. Four percent had made a suicide plan and four percent had attempted suicide. Nock and his colleagues found that almost all teens who thought about or attempted suicide had a mental disorder, including depression, bipolar disorder, attention deficit hyperactivity disorder (ADHD) or problems with drug or alcohol abuse.More than half of the youth were already in treatment when they reported suicidal behavior, which Nock said was both encouraging and disturbing.

The main concern about this new information is that medical professionals claim they don’t know how to stop “suicidal behavior” because  many of the methods used to treat suicidal behavior are not actually preventing people from carrying it out.

“According to the U.S. Centers for Disease Control and Prevention, suicide is the third leading cause of death for people between the ages of 10 and 24, killing about 4,6000 young people annually”.

Reuters also reported that suicide is more common among girls but boys are more successful at it because they choose more extreme  fatal methods like guns.

Suicide can be prevented because it starts with smaller things( gossip, bullying, low-self esteem or lack of support) that just compile onto an individual until it seems like the burden is unbearable. Behaviors such as wanting to commit suicide usually has signs that signal something out of the ordinary even if they are subtle. Pay close attention to your child if they suddenly start to seclude themselves from you or the family, start acting out of character or start talking about things that you find disturbing. If you find that your child is having some type of problem, what ever it may be, don’t hesitate to get them the help they need. If we can help catch or prevent what’s harming our teens, then hopefully we can teach them how  to endure life instead of giving up on it.