When marriages are on the rocks, most people try to seek help through experts in order to save them. Laying out your problems in front of a total stranger can be nerve wracking enough, especially when you don’t know what to expect. The only thing you’re certain of is that you’ve come to this professional expert to help fix your relationship. The last thing you probably expected was for her to sabotage it.

According to Black Media Scoop, marriage counselor Sheila Loven, 45, of Euless, Texas was charged with sexual assault for emotionally manipulating an Arlington, Texas couple by having an affair with the husband and then advising the wife to divorce him. The couple eventually reconciled despite the advice from Loven and soon figured out that she was trying to break them up. Prosecutor Betty Arvin believed that Loven’s intentions were obvious from the beginning.

Arvin said the manipulation was manifest from the beginning. When the couple initially came in for counseling, Loven talked to them 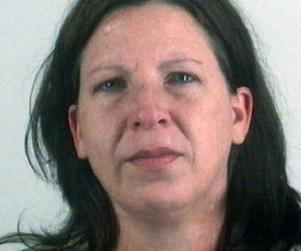 in the same room, Arvin said. Later, she saw them individually and counseled them separately to better collect their secrets, secrets they had kept from each other, Arvin said.

BMS reported that the affair started like many others. Loven and the husband went out on dates and soon after began sleeping with each other. The 2009 affair lasted for over two months and Loven pushed for the wife to divorce her husband during sessions (she stopped counseling the husband) because he had found someone else, her. The couple later figured out that she was deceiving them both.

Loven is on trial this week.

Can you imagine going to a marriage counselor to save your marriage and she ends up having her own twisted agenda that tears you apart even more? Well, you won’t find that type of therapy in my office. Here are two few brief tips to help you better your relationship if you truly want it to work out.

1. Develop your own set of goals first and then collaborate with your partner on mutual goals for your relationship (i.e. what you expect from each other, how you will decide on fulfilling these expectations, etc).

2. Stop being dependent on your mate for an identity. You need to develop your true identity yourself.

For more credible relationship advice, purchase my new book, “Am I in a Bad Relationship?”