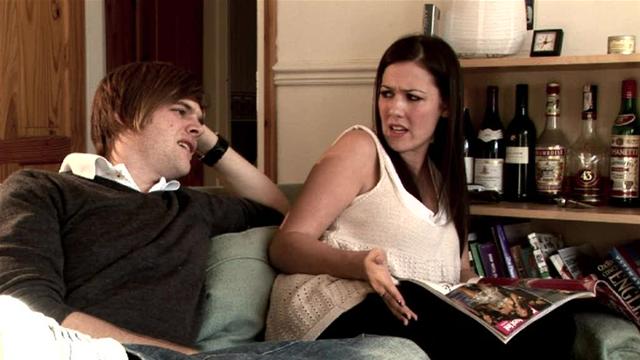 Valentine’s Day is only ten days away but in the midst of the upcoming love parade that will soon occur, if you know your love has died and there’s no chance of resurrecting it, then you should quickly move on to the next Mr. Right. We know it might be hard at first to leave him, but having a man who’s not right for you or goes against everything you stand for, is not better than having no man at all.

It’s inevitable that relationships will go through trials. It’s normal and if you think it’s not then you either haven’t been in a relationship before or you’re just way to optimistic. Although partners should expect some rough patches in their relationship, it shouldn’t always be a struggle to be with someone you love. If he frustrates you to end, never does anything nice for you, is always the receiver and never a giver, or just doesn’t plain believe in you, then it’s probably not a match made in Heaven.

Match.com has given audiences ten signs that signal an immediate break-up upon realization. According to Match, characteristics such as constant negativity, suffering from what they call “Peter Pan Syndrome” or isn’t honest or trustworthy signal an immediate halt in the relationship. Nobody likes a “Debbie Downer” but we learn to tolerate them. However, if “Debbie Downer” starts sounding like “Depressed Debbie” by complaining about every little thing, how horrible their job is, and how their is never a silver lining in anything, then you might want to let him or her go.

There’s absolutely nothing wrong with being a kid at heart and not taking things too seriously all the time, but Match advises that eventually your man has to leave Never Never Land. “It’s perfectly OK to be a kid at heart, but that boyish charm needs to be backed up with a good sense of fiscal and emotional responsibility that only a real man can possess”.

Match reported that the use of the “B Word” is the number one sign of an immediate break-up. As reported by Match.com:

He calls women the “B word”
Nothing incites women to anger like the use of the word that shall not be named here (see any MTV or Bravo reality show for reference). It can really pack a wallop no matter whose mouth it comes out of, but that word can be especially hurtful when it comes from the lips of the man you’re dating. “Even in the best of relationships, in the heat of anger, disrespectful things may be said, but this is entirely different from a pattern of disrespect, especially one that is established during the courtship of a relationship,” says Beverly Hyman, Ph.D. and Lawrence Birnbach, Ph.D., co-authors of How to Know If It’s Time to Go: A 10-Step Reality Test for Your Marriage. “So challenge any sign of disrespect early in a relationship, and, if it persists, get out.”

If this sounds like it’s starting to apply to you, silently begin a mini movie reel of you and your beau’s relationship. Does it have a happy ending?

Take some time and re-evaluate your relationship. If you think it’s salvageable then  great, work on it and be happy. If not, pack your bags and say sayonara…immediately.