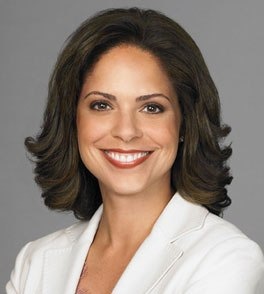 Leading news provider CNN, has replaced Soledad O’Brien, the host of their morning show “Starting Point”, and kind of demoted/fired her. According to The Huffington Post,  O’Brien will go back to her former job, before she got the morning anchor spot, as a “roving documentary reporter” and will be making new material through the start of her production company, Starfish Media. The Hollywood Reporter stated that CNN has signed on to partner with O’Brien for a few 2014 documentaries, (probably just to soften the blow and then cut her off all together) however other than that, her new company and material will not be directly linked to CNN. So, basically, she’d be more like a free agent, open to present her work to other stations and the internet.

So why did O’Brien get the boot? According to the video footage above, it was because of her “hard-hitting” journalism style and CNN didn’t like that very much. In the video, the host explains that CNN must have thought that O’Brien’s approach was too “head-on” and challenging. She wasn’t necessarily a polite journalist at all times. The Huff Post reported that her ratings were low, but she produced great headlines. The host in the video said her aggressive news style would have been better suited for prime-time but apparently they (CNN) don’t want her anywhere near an anchor chair any more. When asked if she’d be open to another on-air gig she said “I certainly could, I have not specifically taken any questions about that. No one has asked me to do that” (this includes CNN). She will be replaced by Chris Cuomo in the spring.

According to The Hollywood Reporter, O’Brien said her show has never received the amount of support it should have saying “We had a staff of people, we never were fully staffed, where we were able to — in spite of not getting a lot of support — really make our show relevant,” she explains. “To do that, that was pretty tremendous.” Do you think CNN kept her under staffed on purpose? Will the new host get the same accommodations?

Its been reported that new president of CNN Jeff Zucker, is moving in a different direction for the company. He could have let O’Brien go because she didn’t fit into the new mold he’s creating but what other factors would make her a non-candidate for a position she’s been doing since 2011? Could it be her race? Gender or news style? Maybe it was just the fact that her ratings were too low.

Tell us what you think about Soledad O’Brien’s kinda sort of demotion/firing.