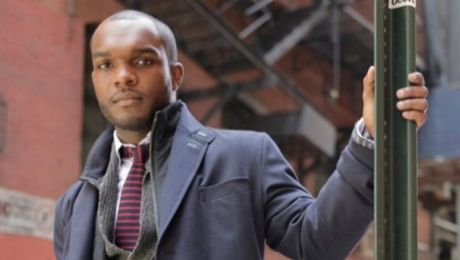 The church community has been making headlines lately and it hasn’t been for the good of the people either. A few weeks ago we informed you of Bishop Eddie Long being involved in a ponzi scheme that lost his members thousands after investing their money into a project their pastor was helping to endorse. Now, a member of the veteran family gospel group Winans, is being sentenced to 14 years in prison for being involved in a similar scheme.

According to Black Media Scoop, Michael Winans Jr. grandson of “Mom” and “Pop” Winans and son of Michael Winans Sr., is responsible for promoting an $8 million scam to sell Arabian oil bonds to church members. BMS reported that a Detroit resident said the loss of money created a lot of friction and family problems such as divorce within the church. U.S. District Judge Sean Cox said that one young woman reportedly joined the army instead attending college because her family had lost so much money. He also said that Winans made his “pitch from church pulpits”.

Winans attracted more than 1,000 investors in 2007 and 2008, although he didn’t know them all because many were recruited by others through word of mouth. He promised 100 percent returns in two months, then used the money for personal expenses or to pay off earlier investors. About 600 people are still owed $4.7 million.

Regarding his actions Winans said “I want to apologize to everyone. … These were decisions that were negligent and irresponsible”  and even though he insisted that he had no “malicious intent” he admitted to continuing to take money from investors even after discovering the project was scam.

Most people, especially church members, believe their pastors and the people associated with them to be credible. The last thing they expect is for their advice to ruin their lives. Another ponzi scam in the church? Is this ponzi scam some how connected the New Birth scam? Are faulty investments in the church becoming a trend? To play devil’s advocate, when you think about, although I don’t condone it, church members are a good audience to persuade especially when done from the pulpit because most people won’t question it. Perhaps that’s why it’s been so effective.