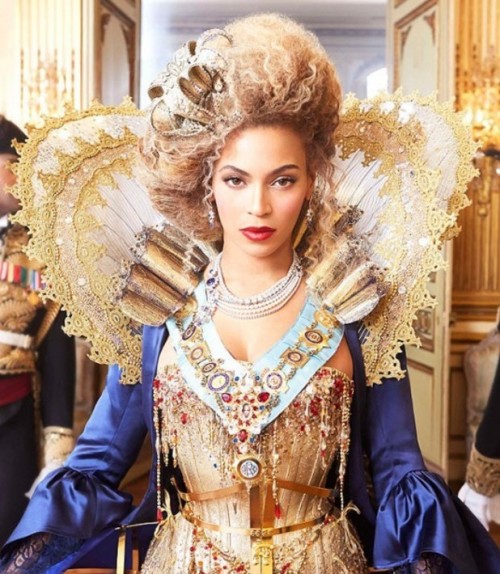 I know members of the “beehive” believe that their queen B can do no wrong, but after the recent release of Beyonce’s new song, “Bow Down/I Been On”, I beg to differ. The song is totally out of her comfort zone which isn’t necessarily a bad thing, but trying something different  just didn’t work out as well for her as it does for some people or artists.  Hands down, Beyonce is one of the the most recognized and popular artists of the decade, but that doesn’t mean she has a hit every time. And this new song was definitely a miss in my opinion.

For one, the title “Bow Down” is a bit controversial. The title and lyrics suggests that she’s some how better than other artists and the rest of the population. As a matter of fact, repetitiously saying “bow down, bit*ches” is grounds for full on cockiness. Maybe it was the pressure from the public of her not being able to bounce back to the top with her A-game after becoming a wife and mother that made her produce the lyrics “I know when you were little girls you dreamt of being in my world. Don’t forget it, don’t forget it respect that, bow down, b-tches”. If you’re a loyal fan or pay attention to pop culture, you know that she released an album before Blue Ivy came into the world and that she started back performing a few months after delivering. Hence the lines “I took some time to live my life. But don’t think I’m just his little wife, don’t get it twisted, get it twisted this my sh-t, bow down b-tches”. All well and good for a true performer and artist who strives to stay current but is she trying too hard now?

The other controversial aspect of the song is that she tells listeners to bow down to her as if she were some sort of music god/goddess worthy of admiration and praise. This, among other things, has raised many eyebrows among listeners and critics and has even earned her the nickname  “Beysus Christ” by Bossip.Not to mention that she’s all for women empowerment with her “Run the World” song then turns around and tells them to bow down to her.

Reports reveal that her latest single aka Bow Down was a flop. So much so that her next album, Mrs. Carter is allegedly being pushed back until she can get a successful hit.  If you’ve heard the record, queen Bey really only sings a verse and half and then continues the song in a weird, dark, animated voice with blunt profanity in between (another thing she supposedly doesn’t do much of in her music, curse). Could she be trying to keep up with the current, most popular music artists right now such as Rihanna or Justin Timberlake? Competition among females can be fierce and sorry Mrs. Carter fans, but RiRi has been doing pretty well while Beyonce was out on maternity leave and even before that to be honest.

Lots of people take time off work after starting a family. It’s completely normal and there’s nothing wrong with it. Maybe that’s what she should do. Take a real hiatus, maybe two or three years not months off. Then when baby Blue hits her toddler years, she can come back with a bang! Judging by the release of her latest single, it appears that she’s rushing just to produce material, that’s not necessarily her best material.

What do you think about Beyonce’s new single?  Is she getting beside herself by trying so hard to stay on top that it’s becoming a fail? Or does she just need a minute to get her groove back?