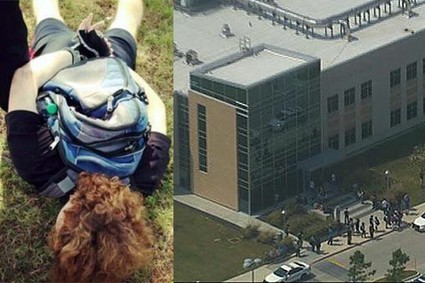 It’s usually pretty common for things we did or certain behaviors we had during our childhood to follow us into adulthood. As a child, if you had a phobia about dogs and you never got over it, now that you’re an adult, you probably still can’t stand the mere sight of canine companions. If you had certain rituals that you had to perform while getting ready for your day as a child, you probably still conduct some of those same behaviors before you walk out the door.

Not every behavior or thing we did as a child that follows us into adulthood is bad. Most of the good things we learn as children should be carried over into being an adult so we can share that information with the next generation. However, when negative tendencies or disturbing behaviors occur as a child, and the child never receives any help to relieve them, such as counseling or medication, the affect of all the built up issues could come bursting out at the most seemingly random times in very violent ways.

According to USA Today,  20 year-old Dylan Quick, is responsible for conducting a stabbing spree with a razor typed knife, that injured 14 people at his school, Lone Star College in Houston, Texas yesterday.  While the incident may have seemed random and unexpected by students and onlookers, according to Quick, it was a long time coming. “Quick told investigators he has had fantasies of stabbing people to death since he was in elementary school. He also indicated that he has been planning this incident for some time” .

People usually don’t suspect something like this to happen unless there are obvious signs and in this case there were but they may not have been taken seriously.

Student Michael Chalfan, who provided the arrest video to KTRK, told KHOU that Quick was well-known on campus and was teased because he often carried a monkey sock puppet, which he would ask questions and then answer. He also was compared to the comedian Carrot Top.

A grown man carrying a socket puppet around for companionship and conversation should definitely  raise a red a flag as well as the bullying factor. From his actions, it appears that Quick may have had a brief psychotic break, but from his confession of fantasizing about murdering people as a child, it’s clear that he has been mentally unstable for a while now.

Quick is now being charged with three counts of aggravated assault.

Psychotic disorders are described as “severe mental disorders that cause abnormal thinking and perceptions. People with psychoses lose touch with reality”. People who conduct mass killings or injuries seem to leave themselves for the time of the crime and then come back to reality after all has been said and done. It’s like that one particular action is their sole mission in life. They plot, plan and wait until the appropriate time to strike and then that driving force controls them until the action is complete (think about the Batman movie shooting in Auroa, Colorado).

Quick should have been treated as a child for the thoughts he was having. Treatments for psychotic disorders “might involve drugs to control symptoms, and talk therapy. Hospitalization is an option for serious cases where a person might be dangerous to himself or others”.

What are your thoughts on this story?