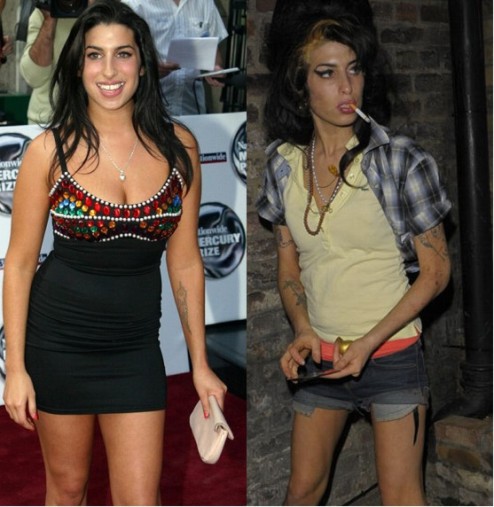 Amy Winehouse brother reveals what really killed her!  Alex Winehouse admits that while the drug and alcohol abuse would have eventually killed his sister, who died in July 2011, the eating disorder made her body weak and ‘more susceptible. Discussing the disorder, which she developed at just 17 years of age, he continued: ‘had she not has had an eating disorder, she would have been physically stronger. ‘Her friends were all doing it. They stopped doing it, but Amy never really stopped. We all knew she was doing it but it’s almost impossible to tackle, especially if you’re not talking about it.’ Many May ask what is Bulimia Nervosa?

Bulimia nervosa is an eating disorder characterized by frequent episodes of binge eating, followed by frantic efforts to avoid gaining weight. It affects women and men of all ages. When you’re struggling with bulimia, life is a constant battle between the desires to lose weight or stay thin and the overwhelming compulsion to binge eat. Alex, who expressed surprise in the interview that he discovered his sister had kept her school jumper, also revealed that the Amy Winehouse Foundation had recently donated money to an eating disorder charity. The situation in this country is that about five or six years ago there were around 10 to 15 eating disorder charities out there. Now there’s only three, one of which is exclusively for young men.

The Back to Black singer was just 27 when she died. Months later the cause of her death was confirmed as alcohol poisoning. Five times the legal drink-drive limit of alcohol was found in her system, just months after she was thought to have overcome her drug problems. Which leaves the question on why some celebrities choose to abuse their bodies they have the money, why destroy everything they worked for? In many cases some celebrities use the drugs just to better their performance. So the gotcha is the life of a celebrity might seem all fine and dandy but sometimes it’s just all smoke and mirrors!