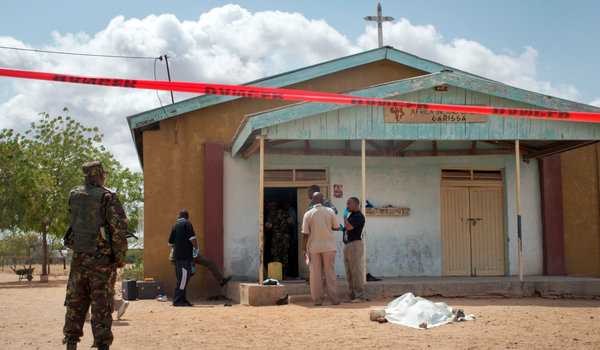 This is not what was prayed for! During a prayer meeting in Mombasa, around 7:00 p.m. a bomb was thrown through the churches window from a man on a motorcycle. The grenade injured more twelve people and arrests were made the next day. A similar attack occurred almost exactly one year ago in Mombasa Kenya Africa. My question is where has the respect gone for the churches? Something that is supposed to be sacred disgraced by people who obviously don’t have any respect for a person’s religious beliefs. This is truly and example of how many terrorist has no remorse for anything. But as a Christian everything you do you strive to be Christ like. Fighting back in a violent matter will get us nowhere but having faith and praying is what changes the whole atmosphere. Christians identify faith as the substance of things hoped for the evidence of things not seen. 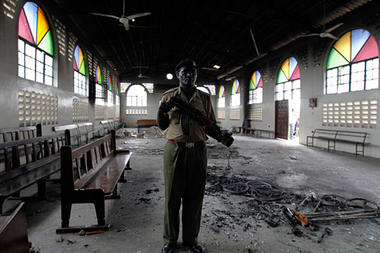 That’s what keeps them going in the midst of all of what may go on. Faith is why many members say they will still attend service. But it’s not an easy thing to obtain when you have doubts and fears. I guess that’s what the terrorist don’t understand that Christians have in common with them. They have no doubt or fear about any killings or bombing. However, Christians have no doubt that “this too shall pass”. So even though yes their church might have been bombed but they have faith that their new church once remodeled will be bigger and better than the last. Now the last question is why? Could be the Islamic faith are still at holy ware with Christianity. We all know that the teachings of Jesus were long before Muhammad. But when Muhammad did start his teachings he taught in the same places Jesus once did so it sort of put this schism in between Christianity and Islam. Even though Christianity is world’s Largest Religion with 2.3.billion followers Islam is right behind with 1.3 so maybe it’s deeper than just trying to cause chaos. Could it be the Muslim faith is sill jealous of the Christian faith! All I know is Jealousy o being spiteful is not the Christian way so all we can do is pray for a better day and keep the faith!