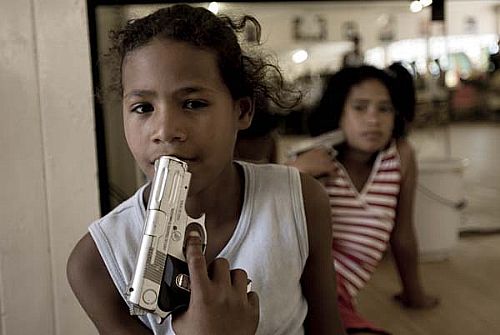 In this case, the story does not involve suicide. This five year old killed herself because of negligence from her parent. According to Black Media Scoop, Laderika Smith allegedly left her young, five-year old child home alone with a gun in her home while she went to the store. The little girl found the gun, began playing with it and accidentally shot herself in the head, killing herself.

BMS reported that police were called to Smith’s home Sunday morning where “officers found the little girl lying on the bedroom floor, shot in the head with a .38 revolver”. Smith told authorities that she had the gun in her home.

Parents, and all others who bare arms, it is your right to own a firearm and have it in your home. Whether you have a gun for protection or recreational purposes is irrelevant but taking all the necessary safety precautions should be an obligation, especially when dealing with children. The video stated that Smith was “holding” the gun in her home for a friend but that’s still no excuse. Children are curious and we all know that when the “cat’s away the mice will play”, meaning that children often let their inquisitiveness take over more when they are not being supervised. Clearly Smith did not secure the gun properly as it was on a shelf in a closet within the little girl’s reach.

This five year old may have died by her own hands but it was not her fault and the justice system has made that clear by charging Smith with second degree murder for supposedly leaving her child unattended with a gun.

To top things off, BMS reported that Smith has been arrested several times before for crimes such as theft and prostitution.

A little girl gone too soon. How do you think Smith’s record will play into her sentencing? What are you thoughts on gun control and neglect in our country?