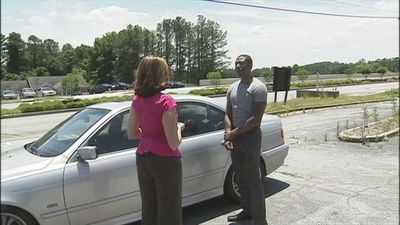 Man Arrested During A BMW Test Drive! It all started when Sowells drove a BMW out of Philips Motors in Snellville for a test run. He drove onto a highway and was stopped by police officers soon after. According to Sowells, the officer said he didn’t have any tags on the car. “I said, ‘No problem.’ I don’t have any tags on this car because it’s not my car,” Sowells said he told one of the officers. “The dealer is right there. We can get it all clarified.”  When Sowells asked the officers repeatedly to call and confirm his test drive with the dealership, they allegedly refused. Sowells said the officers asked to view a document that was strewn across the vehicle’s back seat. Not knowing what it was, he refused.  The officers then resorted to using bully tactics, Sowells claims. “They asked me to get out of the car. I said ‘I don’t feel comfortable.’ They commenced to open up the car door and they tried to drag me out of the door by my left arm,” he contends.

Check out this video above on T.J Holmes as he was pulled over for “Driving while Black”:

Let me know if you have experienced such racism and we may feature  your story on our website.