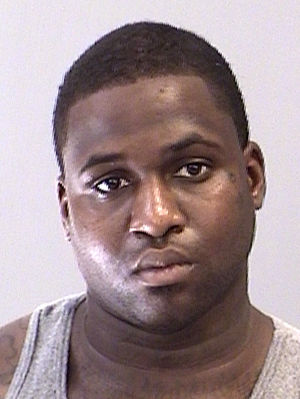 A Texas man Tried to get money out Michelle Obama’s account! claiming to be her adopted son! Police were called to Chase Bank in Bryan, Texas, to reports of a suspicious customer, who was “attempting to access an account under Michelle Obama.” The bank teller quickly determined Johnnie Fletcher Gooden Jr. was not who he said he was and asked him to leave. He refused despite being told that Mrs. Obama doesn’t have an account there. When the police arrived to question the man, the Houston Chronicle reported he had told them that “Mrs. Obama contacted him through Facebook and adopted him and he was now trying to get money out of her bank account.” But the 29-year-old suspect stopped talking when he was challenged by officers.

He was arrested and is now in the Brazos County Jail. Bryan Police Department spokeswoman Kelley McKethan said that a criminal background check revealed that Gooden had outstanding warrants for resisting arrest and assault on a public servant. He also ended up with a new drug possession charge after police found a bag of Mary Jane in the pocket of his shorts. People will do anything for money but this attempt was just down right ignorant what made him think walking into chase bank with a tank top on and claiming to be Michelle Obama’s son they would even consider opening her account. Even if it was a person who had on a nice suit it still wouldn’t work it’s the president’s wife! Ignorance is a state of not knowing this was just down right stupidity. Maybe he was high on more than the marijuana found in his pocket either way it was a ridiculous claim!