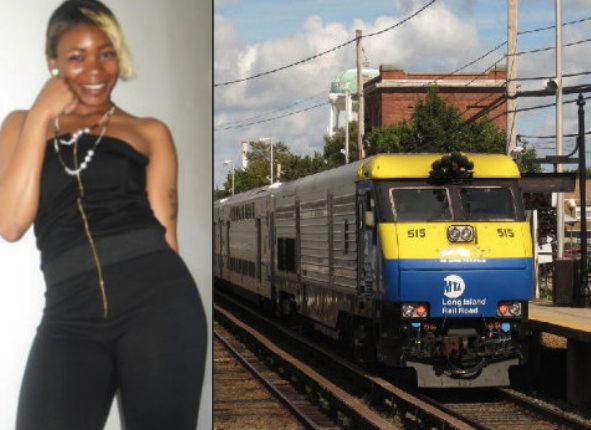 According to The New York Post, a young couple whose family disapproved of their relationship, rather then break up or take heed to their families advice on the toxic union, decided to end things not by way of a break-up but by joint suicide. NY Post reported that 21 year old Ariana O’Neal and her 25 year-old boyfriend Davon Smallwood leaped in front of a speeding train with a multiple page suicide note attached to them. “The young lovers had no IDs, and cops had to run their fingerprints to get their names. Most of their suicide note was in “illegible gibberish,” the sources said.

Apparently there may have been some hints of mental distress or illness as well. Depression often takes place before a suicide and NY Post reported that O’Neal would spend hours sitting on the train stairwell, “moping around the area” and being non-responsive and that the couple had recently dyed their hair red before the incident. The couple left behind a 2 year old daughter.

The U.S. Centers for Disease Control and Prevention, reports “that suicide is the third leading cause of death for people between the ages of 10 and 24, killing about 4,6000 young people annually”.

A study reported by Reuters also said that suicide is more common among girls but boys are more successful at it because they choose more extreme  fatal methods like guns or in this case jumping in front of an 80 mph train.

If your dealing with suicidal thoughts, seek medical attention immediately! If you’re having relationship trouble or having problems adjusting with separation from your partner, speak with a relationship expert/therapist to help sort out your feelings.