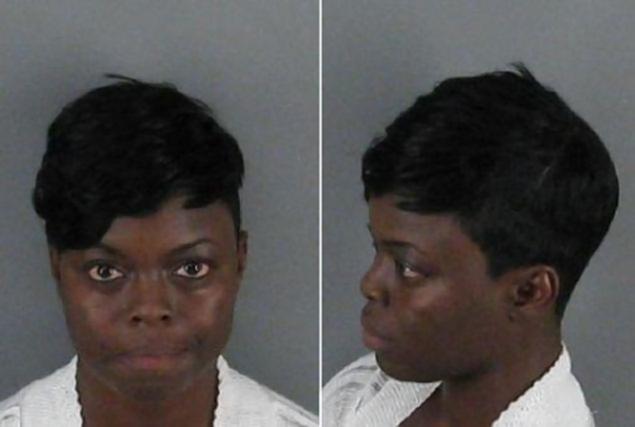 Enough is enough with the mistreatment of the mentally disabled! As a mental health health professional, I realize that catering and caring for these individuals can be a challenge but that doesn’t mean that they don’t deserve the same respect for humanity as any other human being. It irritates and saddens me that someone could treat them any less than that.

According to the Daily News, Tiffany Michelle Davis chained her 19 year old mentally impaired daughter to a hotel bed in North Carolina, so she could enjoy the wedding festivities in town.Daily News reports that Davis, 37 of Pasadena, MD was “arrested Saturday night and charged with a felony neglect charge”. Davis claimed that she did not have a baby sitter, being that she was out of town. Hence her decision to chain her daughter up like an animal.

She went to one of the banquet rooms where there was a family reunion, Gastonia police Capt. Mike Lari told the Daily News. The people did not recognize her so they asked her questions but she is unable to speak so they brought her to hotel management. Staff went into the young lady’s hotel room to find a chain hanging from beneath the mattress. She somehow managed to break free from handcuffs that were attached to the chain.

The Daily News reported that Davis is currently in jail on a $100,000 bail and is set to appear in court early next week and that protective services retrieved the woman’s daughter.

I hate to say it but it sounds like this woman has done this before, like  her whole intent was to go out of town regardless of not having a baby sitter and just lock her daughter away so she could have a night out on the town.

What are your thoughts on this level of neglect?