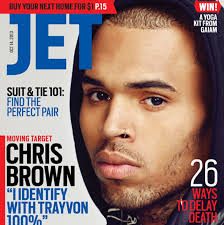 Wendy Williams puts Chris Brown in his place! We all know Jay Z has come from the gutter to ultimate rapper stardom. Wendy keeps it real, acknowledging that Jay Z did, in fact, stab somebody (record producer Lance “Un” Rivera) back in 1999, but reminds viewers that his stint as a drug dealer was long before he got famous. “To my best of my knowledge that was before we even knew him as a Jay or a Z, Chris,” Wendy said. “You were less than smart in trying to blame Jay Z. You need to blame yourself, young man.” But in typical Wendy fashion, she doesn’t stop there. “You’re a woman beater, you’re disrespectful, you threw a chair out of the window at Good Morning America … what ever happened to that cute young man that used to dance for the Doublemint Gum?” she asks. And for the zinger Wendy leaves that one for last. “I get it, all boys grow up … but you look like a junkie!” she snaps, commenting on the 24-year-old singer’s weight, “nasty tattoos,” and general disregard for anyone but himself.

Wendy Williams was over it. Not because she is from New York but simply put Chris Brown brought up things that were not even relevant. Jay Z past is his past I’s not like he just hit a woman in 2009 and people are still trying to get over it. It’s some things that happened when he was younger still finding himself. Before he was even in stardom, so in other words before young men started to look up to him or see him as someone they want to be like or have qualities similar to. Chris Brown Is believed to had to put the blame on someone else other than himself for people not accepting him fully it’s not just white people a lot of black women are still appalled that he even put his hands on a woman!