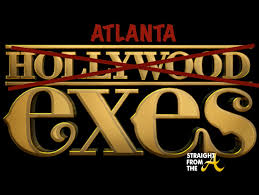 Atlanta Exes show coming. Who is joining ushers wife?  OH LAWD! Kevin Hart’s ex-wife, Torrei Hart will be joining the cast of the new series, Atlanta Exes. While on the red carpet for ASCAP’s 5th Annual “Women behind the Music Series,” Torrei, revealed why she wanted to join the cast and who will be co-starring with her. “I just feel like it’s a way to see who I am,” Hart said. “In the past I’ve been put out in the press, people have this assumption about me, and it’s a way for people to really get to see who I am,” she explained. “I want to do the show. I think it’s a great opportunity. It’s a great platform, and I’m excited about it,” the star shared. “And the women that are on the cast, I really love the women. I think we can empower women, and they can see that reality TV can be positive, it’s not just fighting and negativity,” Hart said, revealing that Tameka Raymond, Cee Lo’s ex-wife Christina Johnson, and Idris Alba’s ex-wife will also be joining the show.But what did Torrei’s ex-husband have to say about her starring on the forthcoming reality TV show? “I did talk to my ex about it and at first he just wanted to know why I wanted to do it, and I just told him I think it’s something I need to do for me. At first he was a little apprehensive about it but once I told him ‘I assure you I will not be fighting, I will not be cussing, I will not embarrass our kids, our family, you have nothing to worry about, he was like okay go for it, do it,” Hart dished. Do you think she will be able to sick to her word? Will this show be one that spreads positive actions or will it just be another hot mess?