In the age of “talking”, “chilling” and “hanging out”, it’s hard to know just what you’re doing when you get involved with another person. Some blame technology. It seems as if actual phone calls are becoming obsolete and being replaced with emoji laced text messages and the always too formal e-mails. Some think there may be an ulterior motive. For instance, the man may not want to officially consider the girl he’s dating his “girlfriend” because he wants to continue to date others and feel no guilt. 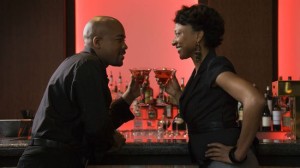 After a few dates and several moments of pondering the “what ifs” of your courtship, one of the daters almost always musters up the strength to ask the dreaded question, “what are we doing?” or its equivalent “where do you see us going?” A lump forms in your throat as you are blind sided by the question and you swallow hard and take a sip of water as you try to buy yourself some time and mentally think of an answer that will pacify your date and make things less awkward. “I like how things are” or “Why mess up a good thing?” are common responses, but you know that won’t be good enough. “Adding a title won’t make us any more or less of what we are,” you say as you crash as burn.

There are several titles that one can have and with each of these titles comes privileges and responsibilities.  You have platonic friends. Friends are simply people who enjoy each other’s company with no romantic expectations. Friends with benefits are when these platonic individuals decide to take their friendship to a sexual level, but don’t want it to become a serious relationship. Usually, this doesn’t end well. One of the parties involved almost always gets deeper feelings for the other.  I’ve concluded that when two people are “hanging out” or “just chilling”, they are dating casually. Usually when people date, they have the getting to know each other with the intentions of building something deeper. A relationship begins when the parties decide that they only want to see one another. Traditionally, there is exclusiveness associated with relationships.

In any situation, communication is key. It’s important to openly say what you want in the developing stages because that can prevent confusion. It’s never a good situation to be involved with a person you want to date exclusively only to find that they want to keep things casual. As the old saying goes, “closed mouths don’t get fed.”