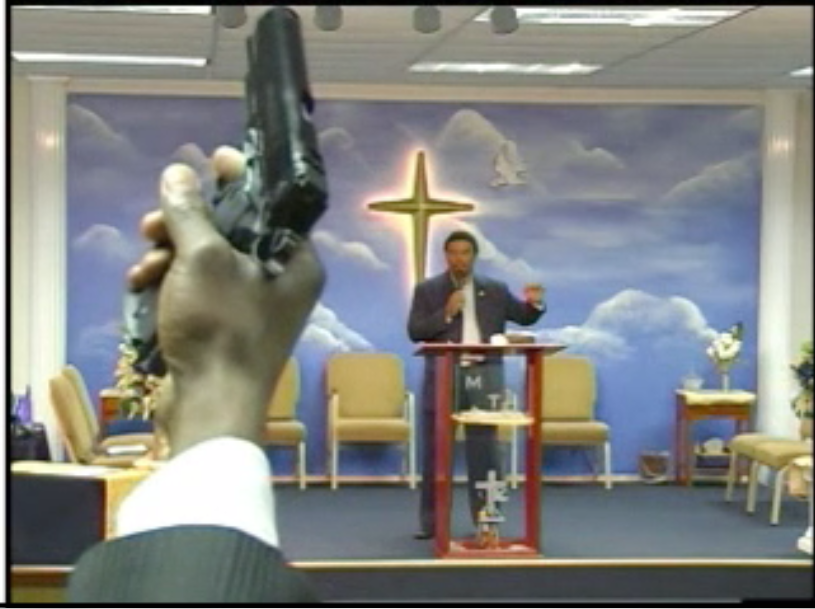 Lord have mercy! These are the last days indeed and tomorrow is certainly not promised to anyone! According to USA Today, a pastor by the name of Ronald J. Harris, was shot dead WHILE HE WAS PREACHING! What was the congregation doing? Where were the armor barers, intercessors and ministers? USA Today reported that the murderer, Woodrow Karey, 53 shot Harris at close range so why was there no one to warn or possibly protect the man of God?

According to USA Today, the Louisiana preacher was ministering at Tabernacle of Praise Worship Center in Lake Charles, during a revival when he was killed this past Friday night in front of 65 people. The man just walked up and shot him twice in the pulpit, point blank.

Deputies have no information on a motive or on whether the preacher and suspect knew each other, Calcasieu Parish Sheriff’s Office spokeswoman Kim Myers said. Myers said Ronald J. Harris was shot twice by the gunman. He walked into the church while Harris was preaching and shot him, then hit him again when Harris fell to the floor.

Neither party had a criminal background.

I posed this question before in a previous post but church, are we praying? If so, are we hearing from God? I’m convinced that if the watchmen were on the wall, someone would’ve picked up on something like this. The church is meant to be a place of refuge; safety. Nowadays the dangers of the this world are boldly walking into a place that traditionally wards off such evils. What’s changed in the church that makes some of  us spiritually numb or unaware of our surroundings? On the other hand, taking my profession into account, did the shooter possibly suffer some sort of mental break? It’s not unheard of for people to commit violent crimes seemingly out the blue with no prior criminal record.