We have all watched the loud, outspoken and often overly dramatic Tamar Braxton rise to stardom on the hit reality show, Braxton Family Values. Coming out from beneath the shadows of her older sister, legendary singer Toni Braxton, Tamar is making a name for herself in the music scene.

Her album, “Love and War” was highly acclaimed and produced hits like “All the Way Home” and the self-titled, “Love and Love”. With her husband Vincent Herbert donning production credits on the album, they created what could arguably be considered a classic compact disc. 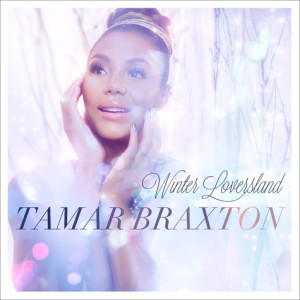 With the success of that CD, a major tour with John Legend and a new baby at home, it seems that Tamar would have very little time for anything else, but she found time to record another album. Released today, is Tamar’s Christmas album entitled, “Winter Loversland”. The first single is the track “She Can Have You”.

The song is an unconventional track about a woman being alone on Christmas. She sees the former love of her life with someone new and comes to the conclusion that she would rather be alone than with someone like him. She sings with passion, as she always does, and makes you want to believe that she can do better than the guy she’s singing about.

No Christmas album would be complete without your songs of winter wonderlands and holiday cheer and there are plenty of those on the CD to help you set the mood while you’re decking the halls or riding in one horse open sleighs. Take a listen. What do you think, play or pass?