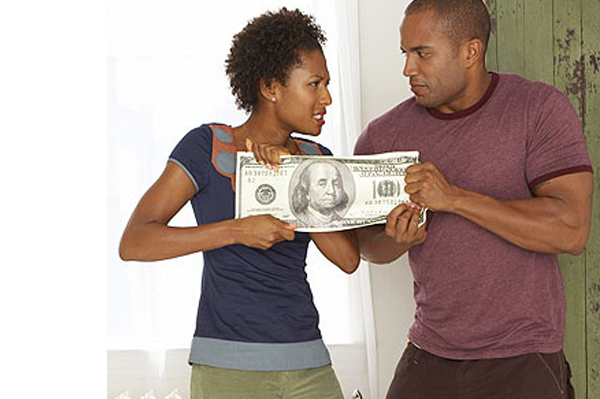 Putting aside the fact that he’s the love of your life and the two of you bring out the best in each other; in a sense if he put a ring on it, than that’s your insurance plan. God forbid one of you are widowed, should get a divorce or lose your mental capacity to function; that wedding ring signifies the commitment and covenant the two of you made to each other, for better or worse.

So in the case of death, divorce or disease, the other party is entitled to money, a house, business or whatever the two of you have shared during your life together unless otherwise specified ( i.e. by a last will and testament ) but even if someone else is involved in the mix, as a husband or wife you have the right to something of your spouse.

Now of course marriage isn’t the only type of solid relationship, but it is a legitimate one in the eyes of the law. Let’s say you and your boyfriend have been together for ten years and have been cohabiting for eight of those years. The two of you do everything like a traditionally married couple would like file taxes together, set up joint accounts and vacation together. You have a child that you attend parent teacher conferences with together, visit each others families and have even started planning on purchasing a house together. Sounds like an everyday life as a couple right?

Well, according to Newsone, Pedro Quezada and Inez Sanchez,  a long-term, unmarried couple who probably did some of these same things, were all fine and dandy until the man won the “fourth-largest lottery pot in history at a whopping $338 million”! Newsone reported that “According to Quezada’s attorneys, his live-in love of 10 years and the mother of one of his children is not deserving of a red cent because she is not his wife“.

Quezada is being sued by Sanchez for not sharing the wealth. In my personal opinion, if you’ve been in a monogamous relationship with someone and have invested ten years or more than I do think you should get something out the deal in case things go south, married or not especially if you bore his child(ren). But in many cases, the court looks for a ring, not a shared rent bill.

Ring or no ring, should partners of let’s say at least five years be entitled to the other’s assets? Is Quezada wrong for not sharing his winnings even tho Sanchez isn’t technically his wife?