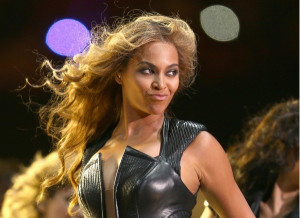 Just when everyone was picking their jaws off the ground after watching the Scandal finale, Beyonce goes and drops an album with no warning or anything! There go those jaws dropping again.  The compact disk is exclusively on iTunes and is self-titled. It contains 14 tracks with 14 accompanying videos.

The album features industry heavy weights Drake, Frank Ocean, former group mates Michelle Williams and Kelly Rowland and husband, Jay-Z. The mega star stunned the world and pretty much shut down the internet like only she can. According to the iTunes editor notes, this album is supposed to show a side of the star fans have yet to see. This is King B’s fifth solo project and promises to be the most provocative one yet. Who else releases a CD with no promotion? I’ll wait… Exactly.