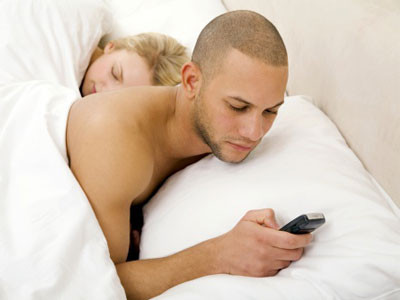 Okay, let’s say you became really good friends with a co-worker at your job. The two of you met five years ago, like all the same things and even work the same schedule, so you have lunch together every other day. You’re married and she’s single but the two of you hang out so much that your husband has now become friends with her as well. Then one day, you and the friend get into a huge fight and end the friendship. A month or two go by and you discover that your husband has been texting the friend without your knowledge.  Do you develop a “If I go, you go” type attitude, forcing your significant other to end his friendship with the woman because you have done so or do you just accept that the two of them are still friends without you? Is it inappropriate to do so? Let me apply a real-life example with cast mates from our beloved Real Housewives of Atlanta reality show. You know who I’m talking about, Phaedra, Apollo and their third, thirsty wheel Kenya Moore. In the interview clip above from “Bethanny”, Mrs. Parks gives her take on the falling out between herself and Ms. Kenya and how Apollo added to the fire. We all saw how Kenya was pretty much throwing herself at Apollo and how unapologetic Apollo seemed to be at her advances. The “two inappropriate people” as Phaedra put it, were all too comfortable with each other  texting behind her back in the midst of their donkey vs. stallion booty feud and then some . A good friend can be hard to find, so when you find one, most people will try their best to maintain the friendship. The two or group of you may meet up somewhere once a month, you may have weekly conversations over the phone or maybe even schedule play dates between the kids. There are many factors that can affect a friendship; moving away, a monumental fight, the stealing of ones boyfriend/girlfriend or simply growing a part from each other. I’m not saying that Phaedra and Kenya were the best of friends but I do think they are a prime example for this topic of discussion. For the record, I do think its inappropriate for a married man to be texting another woman with anything other than small talk or something possibly recreational (going out to eat, hosting a BBQ) that involves the married couple and the third party. Anything past the confines of “Hey, what time does the party start or what’s the address to the restaurant” is out of order. Am I wrong? What do my readers think? Leave your comments below. Dr. O   Picture source: http://changeparade.com/blogs/news/6632156-10-signs-hes-a-player