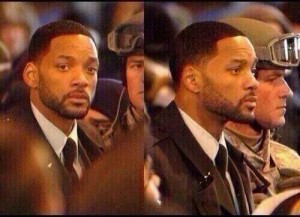 All is well. It’s an average day and you feel pretty good about yourself. You’re having a good hair day, your clothes are just cool enough to look like you tried, but not too hard. You’re walking in the mall and in the distance you see him; the man who dumped you just weeks prior…and he’s not alone. He’s with a girl. A girl you instantly dislike for no other reason than the fact that she’s with your ex; whom you’re not exactly over. You want to play it cool, but you really don’t know how. You wonder if he sees you and if he does, what will happen? You play through scenarios in your head. What if he walks past you and ignores you as if you don’t exist? What if he introduces you to the woman he’s with and calls her his girlfriend? Can you handle that? What if he calls you an “old friend”, making light of all you had? Boy, would that crush you. You get out of your head and focus on what’s ahead and you see him getting closer. His grip on her waist tightens and you know that they are more than friends. You take a deep breath and hold your head up. You and him lock eyes. Why can’t you be in a relationship with a tall, handsome something and level the playing field? You could kick yourself for being alone.

Avoiding the former object of your affection will not make them go away. More than likely, they will see you anyway. I think you should speak, if the breakup was amicable and you ended on good terms. Now, you don’t necessarily have to go out of your way to be noticed or to speak, but if you catch each other’s attention, you should acknowledge it. A friendly wave from across the room should suffice. If you are walking and you pass each other, you should stop and greet them properly. This is going to show that you have moved on and that you are mature and polite.

But why is that? Why do we get so outside of ourselves when we see an ex? Does this mean that you aren’t really over him or her? I think there is a level of regression that comes with seeing a former lover, but it’s only temporary. You know how you instantly start acting like a child who needs a parent to take care of them once you get sick, that’s how it is when you cross paths with an old flame. You see that person and often those old feelings come rushing back. You may wonder what could have been and play through the hypotheticals in your head, but you eventually get back to reality. The past is the past. Leave it there.