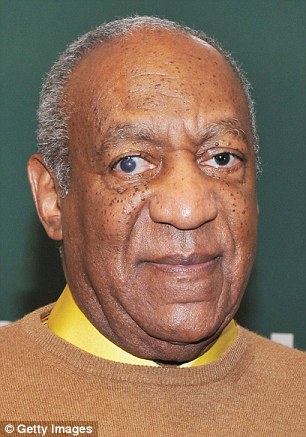 Bill Cosby has Allegedly Lost 100% of Eyesight in Both Eyes

His conditions dictate his ability to leave his house.

Reports say that William ‘Bill’ Cosby has completely lost his eyesight. Cosby suffers from a progressive eye disease known as keratoconus–a degenerative eye condition that causes an abnormal growth of the cornea. Cosby’s main caretaker remains his wife Camile Cosby as he is confined his home in Pennyslavania.

A Cosby representative told the press,

“His alleged victims may take some solace in the fact that he’s in his own personal hell. He has been suffering from a degenerative eye disease and is completely blind . . . All his Hollywood friends have turned their backs on him. He is confined to his house in Pennsylvania, and the only person on his side is his wife, Camille, who is masterminding his defense. His only friends are the small army of lawyers on his payroll.”

Cosby has publicly gone from figurately to legally to completely blind over the course of 7 months. The lost of eyesight came along with his 79th birthday.

Things have been tough for one of America’s most beloved comedians. Over 40 women have accused him of sexual assualt. Cosby is still due to stand trial for these cases.

What do you think about the words from his representative? Does it seem they convey a hidden message?

While the representative refers to Cosby’s traumatic experience as a “personal hell” in the the same sentence as his victims, do you think they could be insinuating that Cosby is experiencing karma? In all regards, we continue to wish the best for the Cosby family while advocating for justified resolutions of the sexual assault cases.