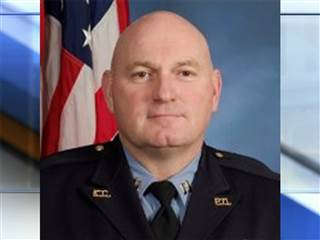 A police officer has been shot dead in Kansas City, Kansas.

The KC police Chief Terry Ziegler stated at a press conference, ” At approximately  two o’clock today there was a drive-by shooting down on First Street. When officers arrived, the suspect vehicle took off” and a car chase ensued as more police joined the pursuit.”

Shortly after at a nearby intersection, Ziegler says the suspects fled the vehicle, opening fire on Caption Melton. Captain Melton was fatally wounded and carried to a nearby trauma center.

Captain Melton was pronounced dead at 2:55 pm. Our deepest condolences go out to his family and friends.

The Mayor of Kansas City asks that the media refrain from making assumptions on the reasons behind the shooting.

The number of killed policemen has increased greatly. To read more about similar events read: