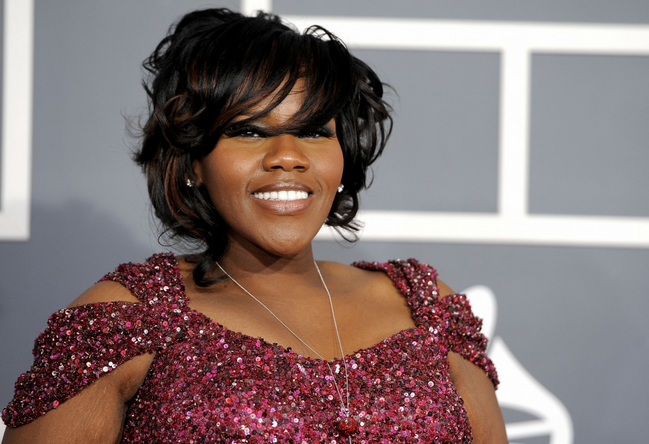 Did you catch Kelly Price, the Grammy nominated  R&B artist, perform at the Indiana Black Expo Gospel Showcase 2016. The well-known female artist performed one of her most popular hits “As We Lay.” Yes, the one that goes, ” …as we slept the night away…” Everyone is baffled by how Price ended up in such an unfortunate situation. Nevertheless, Price has became an immediate target for the media and Churchfolk.

In the event that the performance didn’t quite align with the theme of things, a fellow MC backstage expressed that her performance was inappropriate. Price responded by explaining that she was asked to perform that genre of music and was very angry with they way things turned out. Sources say Price was originally was supposed to perform earlier in the day during the R&B showcase of the Black Expo.

Where it gets a little funky, is when Price began to categorize the comments regarding the appropriation of her performance as “Church bigotry.” She then goes on to say, “this is why people don’t come to church…this is not right.”

Was the song “As We Lay,” inappropriate for the setting? YES! However we understand that there was a serious communication issue. It would have been better to acknowledge the reality of the situation by stating there was a mixup on time slots and that performance wasn’t meant for that audience. It’s understandable why someone would perceive that performance as awkward.

The Black Expo issued a public apology to Price in the following statement: 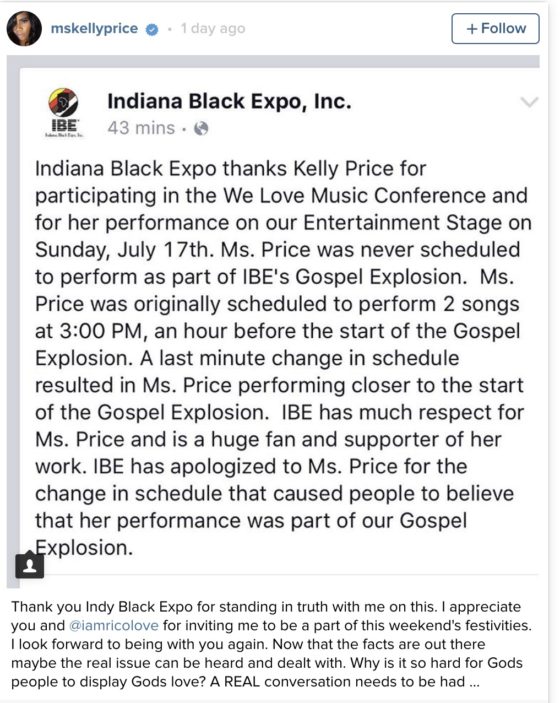