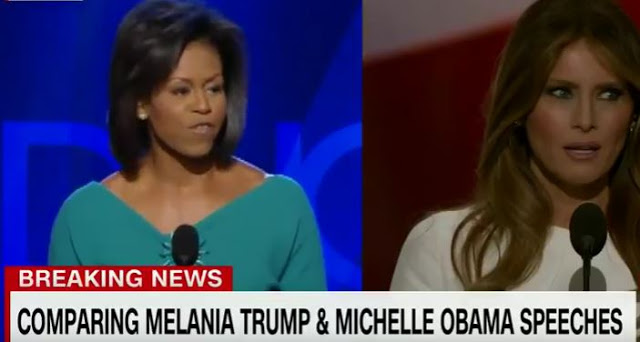 Just when you thought the image of the Trump campaign couldn’t afford to suffer any more blows, they kicked off the Republic National Convention with a major mistake! Trump’s wife, Melania Trump, like all other candidate spouses, spoke on behalf of her husband’s campaign. However, the speech she recited was a little too familiar. Shockingly, it turns out that Melania Trump allegedly plagiarized the speech Michelle Obama gave in the 2008 Democratic National Convention. Within minutes of her speech, side-by-side videos showing a comparison between the two speeches. She nearly copies the First Lady’s entire speech.

While the campaign denies the accused acts of plagiarism, it is pretty clear that parts of  Melania Trump’s speech were taken directly from Michelle Obama’s. Trump and his wife both claim that Melania wrote her speech and that she simply “shares similar values” of the Michelle Obama.

Check out this tweet from Donald Trump back in 2008 when Michelle Obama first gave her speech: 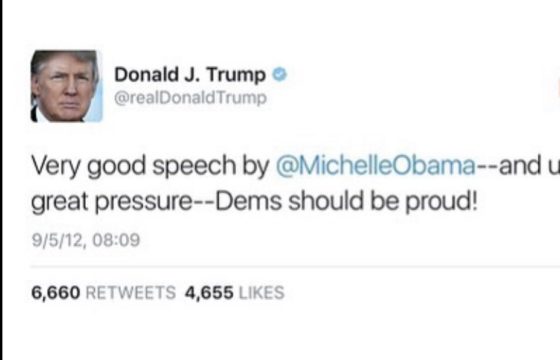 I guess the speech from Michelle Obama truly left a lasting impression. My thoughts: I mean really?  The heart-felt denial of the accusation is filled with high disregard for the intellectual property of the FLOTUS and the intelligence of the American people. I’m sure the married couple are well-versed on publicity risk and scrutiny. Calling the words “common” is just disrespectful. This only happens when you simply do not care!

How will this change Trump’s following? Will it at all?

Do you think Melania Trump meant to paraphrase Michelle Obama’s speech and claim it as her own?