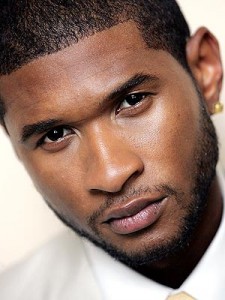 Atlanta resident and R&B titan Usher Raymond has been through media hell, mainly from his notoriously bad habits with relationships. First was the infamous break-up with Rozonda “Chilli” Thomas in 2003, then came the quickly-stinted relationship with model/actress Naomi Campbell. This was followed by the short-lived marriage between him and stylist Tameka Foster. Through it all, if Raymond was EVER faithful in any relationship, it would be the one between him and his music career. Even during treacherous times, the 31-year-old singer has proven several times over to be an ultra-success at expressing himself, such as admitting his personal flaws through his vocal talent.

Recently, Usher Raymond, who is the fourth generation of his father’s namesake, was featured in People magazine to discuss the success of his current albums Raymond v Raymond and Versus, and to share the experience of being a single father. Despite the media-dubbed animosity of his divorce with Tameka Foster, Usher has retained a positive attitude towards life, even speaking highly of his ex-wife. Raymond is also a devoted, excellent and loving father, sharing responsibility of his two sons with his ex-wife and occasionally with his mother. Says Raymond on his sons and ex-wife: “There will never be another mother for my sons, and I’ll always be their father.”

Raymond still believes in falling in love, and in marriage, an implies that he may one day be open to both, but not too soon. For now, he’s content being a single father. Additionally, Raymond has been busy working on independent projects and charities, such as New Look, a group initiative which strives to restore city blocks in New Orleans, and his “Love 4 Life” campaign used to fund the aforementioned.

Overall, Usher has a resilient spirit that pushes through even the most difficult of times. It seems as if through it all, he uses his music as therapy, helping him relieve mountainous stress and anxiety to which the average person would succumb. From an outside perspective, Usher has a good handle on his mental health and learns how to channel his energy in an exceptional manner. Kudos to you, Usher Raymond IV for keeping your mental health in check!

How do you feel Usher has done with handling  stress and criticism from the media? Let me know on the blog!

You can learn how to deal with stress, criticism and depression just as well as Usher has! Find out how by taking the Dr. Owens Mental Health Prescreen Assessment. We are here for you!