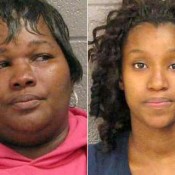 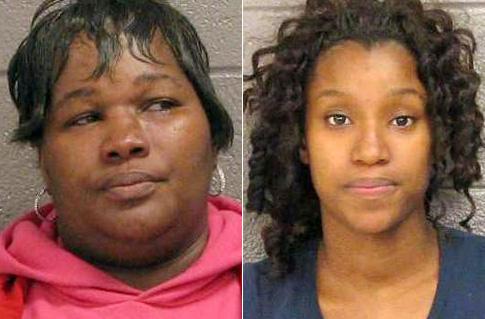 Elderly Walmart Greeter Is Assaulted On The Job

The foolery that has been coming out of the news lately? What is in the water? I’m thinking that the change of seasons is affecting people more than we think. This story is absolutely ludicrous!

A 71-year-old greeter at an Ohio Walmart was choked by a pregnant woman and her mother, police said on Saturday.

The expectant mother also threatened to blow up the store, authorities said.

The ladies,  Tori Duncan and her mother, Ashley Jackson, were at the super store in Elyria to visit the customer service desk, a police report stated.

When no one was on-hand to help them, the pair stormed out. They encountered the unidentified greeter at the door, and that’s when things went off the rails.

The elderly man asked to see a receipt, according to witnesses.

Both women hurled curses and racial epithets at the man, police said, before 21-year-old Duncan allegedly struck him with a shopping cart and then choked him.

Police said Jackson, 49, threatened to punch the older man, then ran to the customer service desk and offered the same to a woman behind the counter, the police report said. 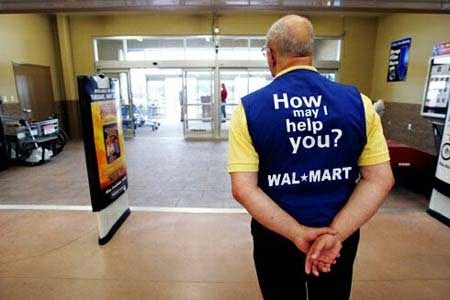 “I’m going to blow Walmart up!” she yelled at least three times, according to the police report.

Other workers intervened and the pair eventually left the store.

Police found Jackson and Duncan in the parking lot and questioned them. When asked if she threatened to blow up the Walmart, Jackson said, “Yeah, I did, I did, so there.”

Duncan admitted choking the greeter, the police report said. Both women were charged with assault.

How are you “bout it bout it” when you’re pregnant? Where is the concern for your unborn child? Smh. I think that these two woman need an evaluation and somebody needs to get that child….before he follows in their footsteps!

I’m still trying to figure out if this fight is worse, than the wife who bit off the finger of her husband’s mistress….at WALMART.
What do y’all think?