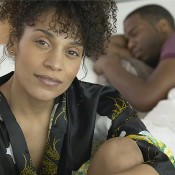 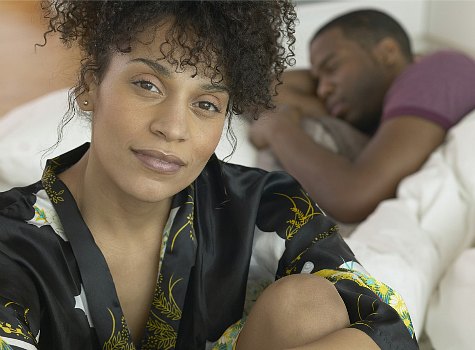 PART 2: ARE MEN RIGHT, DO WOMEN CHEAT BASED ON EMOTION AND EQUAL RIGHTS??

We reached out to our Facebook friends and twitter followers and asked the ladies what they thought. Here are some of their thoughts:

1. SS: “I think men and women cheat for the same reasons, b/c they feel that they…CAN. That it’s not a big deal and there are no real consequences besides a few tears or harsh language. And then they are back w/their significant others.

I also believe that are some emotional reasons behind it: people may want attention, jealously factor, or revenge reasons. There is also some degree of a physical factor: maybe a new jump off makes life fun, makes u feel cute, or makes your intimate life more interesting.”

2. LB: I also think men cheat because the woman that they are with expect the whole package and the chick they decided to screw usually isn’t going to give them grief about what they do or don’t do. Women don’t get caught they sometimes tell on themselves due to a natural women feeling that they should only be with one guy forever.

3. KS: “In the past, women defined themselves mainly based on their relationships with men. It meant so much to just be in the relationship that they would tolerate more, take on most of the responsibility, and as a result would rarely do anything to jeopardize it. But now, women are defining themselves more by what they do. They accomplish independently and are seeing how nice it is to be single and free rather than committed and miserable. Plus the rules of the game were initially set by men so now that women are catching up (so to speak) they are just mimicking what has already been done to them, historically speaking.”

4.KJ: “I think the same amount of men and women cheat; however, women are able to hide their actions longer than a man and are more careful. To refute what J.C.B. said ( in the men’s responses), when a woman takes her significant other back it  DOES NOT ALWAYS mean the man (or women) will be allowed to continue to cheat with no consequences in the future

5. N.B.: “I think female cheating is on the rise because women feel that they have more freedom than women in previous generations. There are fewer consequences for cheating, no longer can you be killed (At least in America…most times), kicked out of your home, or have you children taken away solely for the act of cheating. These days’ women are the head of households as much, if not more than men, so the act of cheating does not have the same result in our modern times.

6. M.C.:” Both men and women cheat equally and the reasons they do so are the same. One sex doesn’t have more of an incentive than the other.  Oftentimes, they can’t get out of [a relationship] because they are too “comfortable” and wouldn’t be able to cope with change.

How do you feel about the men’s and women’s thoughts? Is one sex more correct than the other? Share your thoughts!! Be sure to call in tonight!! Blog Talk Radio show this Wednesday at 8 PM!