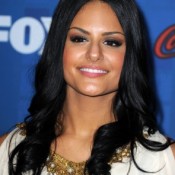 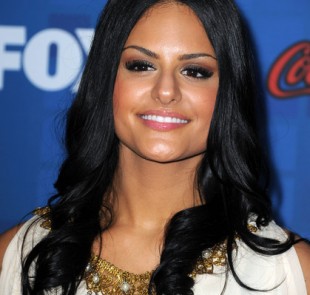 How Can The Front Runner In The Competition Be Voted Off?

Being gorgeous, talented and a great performer was apparently not ENOUGH to keep Miss Pia Toscano on Fox’s “American Idol.”

The 22-year-old New Yorker was ousted in perhaps one of the worst upsets in Idol history. I’m just trying to understand how such a talented act…could be let go.

Latinos are the second largest racial concentration in the United States, but we’ve yet to have a minority Idol winner who has reached the success of Kelly Clarkson or Carrie Underwood.

Although past Idol winners have included Fantasia Barrino, Rueben Studdard, and Jordin Sparks, we’ve yet to see a person of Hispanic heritage take home the crown. Adding the Puerto Rican Jennifer Lopez as a judge, this year may have made Latinos more hopeful to have a winner that represented them.

In America we’re quick to say that we have begun living in a post-racial society because our President happens to be black. However, I’m sure that the majority of the people who vote for the idol winners are Caucasian. With this new threat of being racially oppressed, maybe they want an AMERICAN IDOL who represents THEM.

Most if not all, of the judges were dismayed at Thursday’s results.

Jennifer Lopez was visibly devastated when the results were announced and said, “I have no idea what just happened here. I’m shocked. I’m angry. I don’t even know what to say,”

“I’m never upset on this show and I’m never really mad, but this makes me mad,” said Randy Jackson after hearing the news.

Steven Tyler yelled something that was bleeped out, when Ryan Seacrest announced the bottom three and did not comment after the final results.

I’m just not convinced this was a random elimination. Let me know how y’all feel.

Watch the final performance below:

What do y’all think about this elimination? Do you think that racism still exists in America? If this was a black female do you think the uproar would have been different?