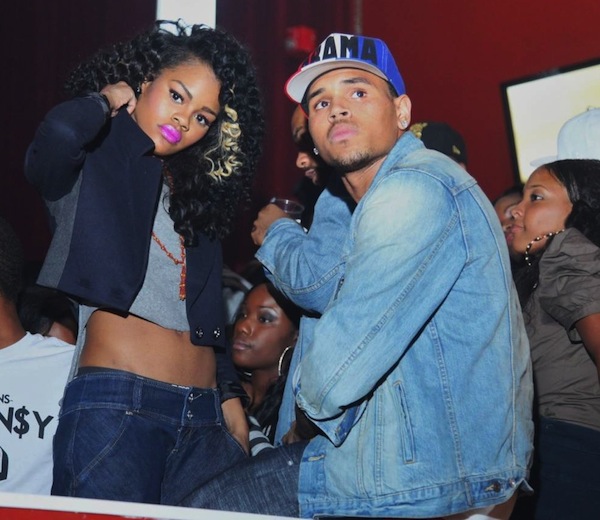 If you’re like me, you’re just about sick to death of hearing anything about a fight and Chris Brown’s name being attached to the story.  Well, brace yourselves, because here’s another one of those stories.  But this time, CB WASN’T the one throwing the punches. Surprising, I know!

Teyana Taylor has always been one of Chris Brown’s biggest supporters during the “situation” that occurred between the singer and ex-boo Rihanna.  So it should be no surprise that Chris Brown’s #1 homegirl continues to hold him down and will put on boxing gloves to prove it.

TMZ recently reported that Teyana allegedly flipped on another woman who made a not-so-nice comment regarding Brown.  Reports say that Taylor punched the other woman in the face multiple times sending the woman crashing to the floor where Taylor proceeded to kick her in the stomach and head with her boots.

We’re told the victim sustained several nasty scrapes and swelling around her face.

Police sources tell us they’re investigating the incident — and would like to speak with Taylor ASAP — but so far, no charges have been filed against her.

I said it ONCE and I’ll say it again the people close to Brown are ENABLERS!