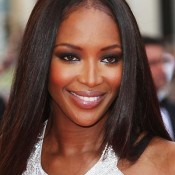 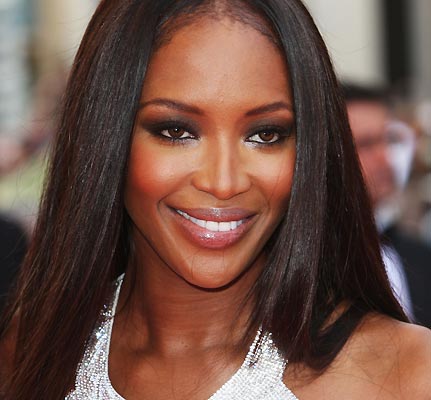 Internationally recognized supermodel Naomi Campbell, is upset about her latest comparison to a chocolate bar. The racially insensitive ad likens Naomi to the Dairy Milk Bliss bar, made by Cadbury.

“I am shocked. It’s upsetting to be described as chocolate, not just for me, but for all black women and black people,” said Campbell. “It’s insulting and hurtful.”

The British organization Operation Back Vote has called on Cadbury to apologize. Without an apology, the “only recourse black people have is not to buy its chocolate,” said a spokesman, who added that the group has reached out to American black activists for support.

“I want them to know what their parent company is doing in Europe.” A Cadbury spokesman insists that the campaign is “a light-hearted take on the social pretensions of Cadbury Dairy Milk Bliss.” He added later, however, that the campaign was “no longer in circulation” and will not be repeated. 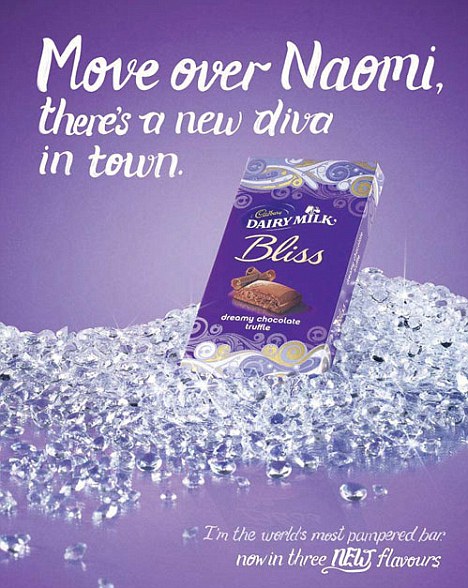 Kraft Foods said the poster has been removed and there are no plans to repeat it.

A statement read: “It was certainly never our intention to cause any offense and the campaign itself is a light-hearted take on the social pretensions of Cadbury Dairy Milk Bliss.”

Do you think the ad was racist? Or is Naomi taking this too far?